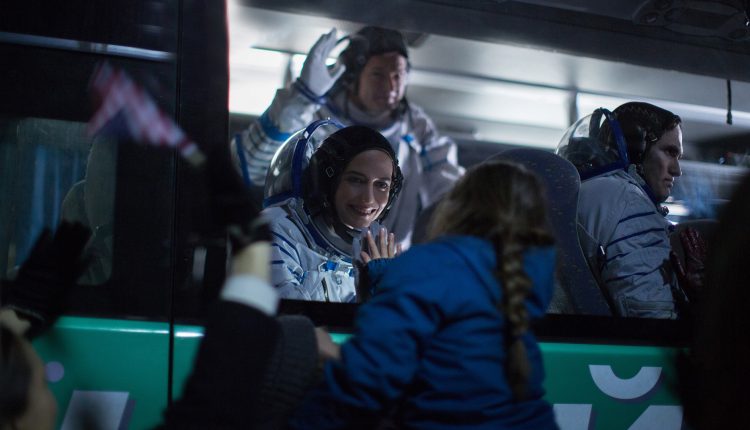 Eva Green gives an (inter)stellar performance in Alice Winocour’s Proxima. A film where one woman dreams of the stars but finds the draw of family pulls harder than gravity.

Writer-Director Winocour is no stranger to the Glasgow Film Festival. Mustang, which she co-wrote the script for, won the Audience Award in 2015 and Disorder.

It has been over fifty years since man first stepped foot on the moon. It was considered one giant leap for mankind. However in terms of representation for women in science fiction and films about space travel, it is still a case of baby steps.

Outside the likes of Ripley in the Alien franchise and Sandra Bullock in Gravity, women have always been a supporting character in their own story. “Houston, we have a problem” and with Proxima, Winocour seeks to correct that failure to launch.

She has jettisoned all the trappings of science fiction in favour of grounding Proxima in reality. Working with the ESA (European Space Agency), she captures the day-to-day life of an astronaut-in-training. Where most films would only briefly cover the training in the opening act or a montage, here it is the main focus. There is almost a documentary-like quality to the film. One that shows the real physical and emotional stress that a person is forced to endure during the space program. Sarah’s body pushed to the limit but her spirit and resolve are also put to the ultimate test. She faces questions over her abilities as a woman. The casual sexism of her male colleagues, perfectly embodied by Matt Dillon. Yet her biggest test comes as she prepares her daughter (and herself) for a year apart.

Some might consider astronauts to have certain selfish characteristics in their personality. After all it takes a lot of commitment, passion and drive to go through all that to achieve one’s goal. Often at the expense of the ones around you, including family. Green’s character is called into question over how she could leave her daughter behind. It is interesting however that the male astronauts never face the same line of questioning.

It makes for a fascinating comparison to Damien Chazelle’s First Man. In that film, Gosling played Neil Armstrong as very stoic and abrupt in his interactions with his children. When they ask if he is coming back from the mission. “We have every intention of coming back” he coldly replies. Sarah must similarly keep a brave face for the cameras and her daughter but when she is on her own, the cracks begin to show the true weight and toil it has on her.

The relationship between Sarah and daughter Stella (destiny already written in the stars), is the beating heart of the story. Again the mother-daughter dynamic is one that is underserved in cinema and Winocour rights that wrong as well. She is helped by strong performances by Green and Zélie Boulant who have terrific chemistry together which transcends the ever-growing distance between them (both physically and emotionally).

Eva Green in particular is able to showcase a vulnerability yet also incredible strength and resilience in a role that is worlds away from the femme fatales she is normally typecast in by Hollywood.

Just as a shuttle must uncouple from the rocket to succeed in its mission, so must this mother and daughter. It is a separation and also a liberation for both and it is beautifully handled.

However there is one pivotal moment that could potentially pull audiences out of the movie momentarily. Like an astronaut being sucked out of an airlock due to a sudden loss of pressure. It goes against what we know from the tropes and cliches of the genre but it is in keeping with the character.

Ultimately though, while Proxima celebrates that continued desire to reach for the stars, it is its human connection that ensures the mission’s success.

Proxima is released by Picturehouse Entertainment in UK cinemas on 8th May.