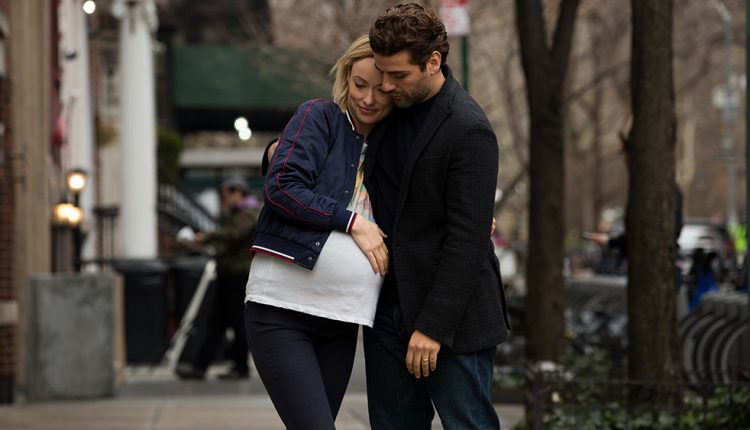 Audaciously stealing its title from a documentary of the same name about acclaimed film critic Roger Ebert, Life Itself is a machine that only generates empathy for the actors that were roped in (or perhaps held hostage to) to perform. While boasting an all-star, transcontinental cast, including Antonio Banderas, Olivia Wilde, Samuel L. Jackson, Annette Benning and Mandy Patinkin, Life Itself wastes nearly everyone (the Jackson cameo at the start is brilliant) in the service of one of the most poorly-written, smarmy and self-congratulating screenplays ever filmed.

Chronicling four generations of people being cruelly struck down in the prime of life, its both a death-haunted weepy that’ll only make the most simple-minded of people cry, and a smart-ass metafictional tale that thinks acknowledging its own pretentiousness inculcates it from criticism of pretentiousness. It starts with lovers Will (Oscar Isaac) and Abby (Olivia Wilde), who meet in college and know they will spend their whole life together.

Told in a non-linear fashion, the relationship (recounted to a therapist, the struggling Annette Benning) plays like Annie Hall crossed with a perfume commercial, an insufferable collection of bad taste dialogue, clichéd speeches and pop culture references so bad you want to die. Just an example:

It’s funny in the way videos of drunk people doing stupid things are funny – because you can’t believe they actually did it. Then the relationship ends, basically lying to the audience but then congratulating itself as “unreliable storytelling”. This is typical for this film’s laziness, barrelling 70 years into the future but imagining no actual societal developments other than Vermont banning smoking. Life itself might be quite unreliable but Life Itself is actually quite predictable, finally ending in exactly the way you’d expect.

Sometimes it’s hard to tell when Dan Fogelman is being serious or pulling our leg. At one point Olivia Wilde’s character baldy states that no literary criticism has really focused on unreliable narrators before, leading up to her grand thesis that all fiction is unreliable, bravely forgetting Derrida and post-structuralism along the way. Given that you write your thesis in your final year, and you learn that all fiction is unreliable in probably your first class, she must be one of the stupidest people to ever attend college. Likewise, they discuss Time Out of Mind as Bob Dylan’s comeback album, and that before its release people had completely written him off – despite literally his previous album being warmly received by critics. Maybe it’s all a joke? Whatever it is, it doesn’t work.

There is something serious here about the need not to blame oneself for traumatic episodes, but this is completely lost in relentless maudlin. It’s the kind of film that when it switches to Spain, we are then treated to both a Spanish-language version of ‘Make You Feel My Love’ and a traditional guitar arrangement of the same song. Admittedly, the Spanish sequences work better as generic drama as they are not framed through a suicide-inducing therapy device, but this observation is not exactly praise.

This hyperlink style-narrative worked in films like Babel, primarily because it focused on each character and took their problems seriously. But Life Itself tries to present its characters as weird and stupid and unreliable, then tries to make us care for them. Perhaps with an expert tragicomic screenplay, this could have been deeply affecting: as it stands Life Itself is just complete garbage.