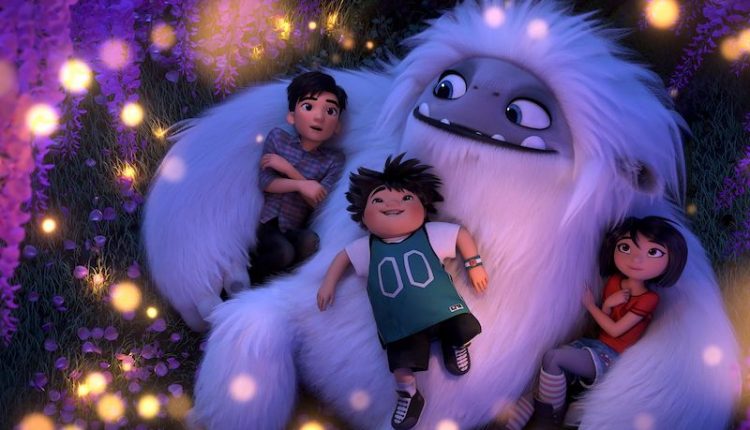 Marking the second collaboration between Dreamworks and Pearl Studio, Abominable follows a teenage girl called Yi (Chloe Bennett), who discovers a young Yeti on top of her Shanghai home. Naming him Everest, she takes it upon herself to take him home. However, explorer Burnish (Eddie Izzard) and zoologist Dr Zara (Sarah Paulson) also want to capture Everest for themselves and chase them across China to do so.

At first glance, Abominable is similar to How to Train Your Dragon. Its elements of mythical creatures and adventures amid vast landscapes are easily relatable and hints Dreamworks’ reluctance to break away a family-friendly formula. This familiarity also applies to its one-dimensional antagonists who show very little heart and development.

However, Dreamworks offers a slight twist to update the traditional fantasy tale. In comparison to the Kung Fu Panda series, Abonimable is set in modern-day Shanghai. This environment allows writer-director Jill Coulton to incorporate Chinese culture and relatable characters such as Jin (Tenzing Norgay Trainor) and the amusing Nai Nai (Tsai Chin).

Abominable also deliverd a protagonist that isn’t devalued by ‘teen’ problems. As someone who’d rather work than take selfies, self-proclaimed loner Yi comes across as a practical and humble teenager. Along with her protectiveness of Everest and an enthusiasm to travel, she makes a refreshing protagonist unspoiled by the digital age. However, her isolation prevents her to openly grieve for her father so she is dismissive of the concept of family. Coulton takes care to delicately address the issue to show audiences that Yi’s suffering is a gradual process and cannot be quickly resolved.

Visually, the stunning animation captures both the vast cityscape of Shanghai and the majestic landscapes of China in eye-popping colour. Add a handful of comedic moments and a cute plush monster in the form of Everest and it becomes a fun-filled film.

Overall, Abominable‘s all-too-familiar structure and premise lessen its impact but with such beautiful animation and an endearing protagonist at its core, it’s hard not to enjoy the ride.