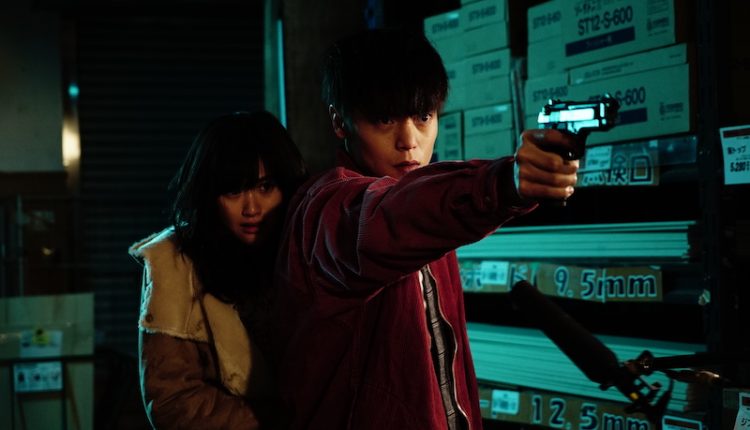 Two years ago, Japanese filmmaker Takashi Miike was highlighted at the London Film Festival with Blade of the Immortal. The comic book adaptation was a notable achievement in Miike’s career, as it marked his 100th film. This year, he returns to the festival with his latest feature.

Written by Masaru Nakamura, First Love follows boxer Leo (13 Assassins‘ Masataka Kubota) and prostitute Yuri (Sakurako Konishi), as they unwittingly find themselves in the middle of a drug war between two Japanese and Chinese gangs.

To an extent, First Love insensitively deals with mental health issues as the fragile Yuri experiences twisted hallucinations of her father. These occasionally offbeat appearances are comedically hit-and-miss as they seem to downplay the severity of his abuse. Considering the psychological effects they have on Yuri, the elements about her state of mind can benefit from more care.

In fact, the treatment of women works against First Love, especially when its narrative revolves around male characters. Audiences may see supporting roles such as Yuri and the hysterical Juri (Becky) as ‘possessions’ of male protagonists with minimal individual development. Their roles ultimately don’t have enough of a foundation to stand out so they practically remain one-dimensional.

Although their characters don’t have much to do due to their unintentional position in the scenario, Kubota and Konishi share on-screen chemistry. Performance-wise, First Love ultimately belongs to Becky and Shota Sometani as they both deliver hilarity and physicality to the film.

Nakamura cleverly plays on the cultural rivalry between the Japanese and Chinese by creating hostility between the two gangs. Bumbling, low-level yakuza Kase (Shota) causes most of the conflict as his get-rich scheme backfires spectacularly. His frustration only grows each time he encounters an obstacle to comedic effect while adding fuel to the rivalry. When this antagonism between the gangs comes to ahead, it is guns, katanas and machetes a-plenty – and it is glorious.

Featuring elements of his earlier films such as Shinjuku Triad Society and 13 Assassins, Miike develops a dark and sordid setting amid Tokyo’s neon lights. He offers bursts of cathartic violence and smart set-pieces, as well as a vividly animated interlude so that First Love retains its frenetic pace.

Despite its title, First Love is the furthest thing from a romantic tale – instead, it is a gratuitous combination of violence, comedy and madness. Altogether, Miike delivers 108 minutes of entertaining mayhem.