Details of this year’s line-up of ghoulish delights has just been released, and it appears that the films showing at the event – which runs from the 24th to the 28th August at Cineworld Leicester Square and The Prince Charles Cinema – are set to surpass previous years for shock and fright factor. The opening night film – always an indicator of the way the weekend looks set to proceed – is the global premiere of Cult of Chucky, which is sure to delight devotees of the long-running franchise. An added treat for fans will be the attendance at the screening of the film’s stars Jennifer Tilly and Fiona Dourif, writer / director Don Mancini and of course the demonic Chucky himself. 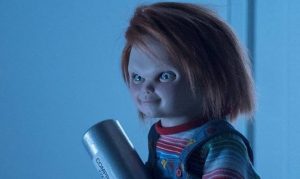 As usual the festival will include a host of premieres as well as the revival of cult favourites, which this year will include Hammer classics Blood From the Mummy’s Tomb and Demons of the Mind, as well the longest version yet found of the archetypal giallo shocker Death Laid an Egg. 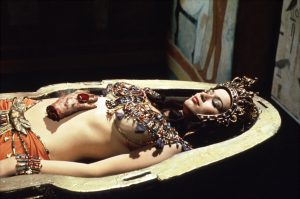 Blood From the Mummy’s Tomb 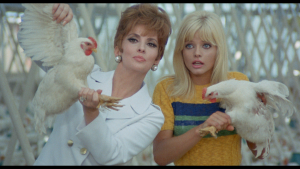 Mix this type of fare with revisits to cult franchises like Hatchet, as well The Texas Chain Saw Massacre – with an exclusive presentation of its brand new prequel, Leatherface – and there would appear to be something to suit every taste at this year’s event. 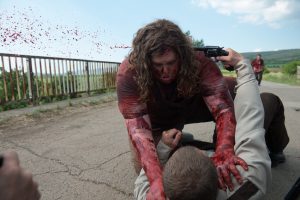 Festival passes went on sale Saturday, 1st July at noon, and are only be available to buy online.  Single tickets will go on sale on Saturday, 29th July from 9.00 am.  For tickets and a full festival programme visit: www.frightfest.co.uk.