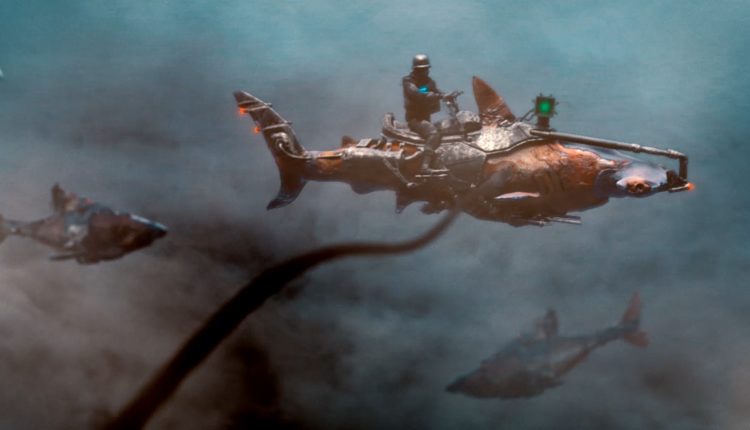 It may not be quite the way the organisers would have wished to celebrate 21 years of FrightFest, the UK’s premiere horror and fantasy film festival. However because of ongoing concerns surrounding COVID-19, it was decided that this year’s event would take place on-line from Thursday 27th to Monday 31st August.

Don’t worry though, as the digital showcase (the first in the festival’s history) – which will be geo-locked and only available to people in the UK – will still include everything which FrightFest fans have come to expect, including seven world premieres and sixteen UK premieres.

The festival will kick off on Thursday night at 19.00 with a Live Streamed Quiz hosted by Mike Muncer, the host and producer of the Evolution of Horror podcast.

The films proper start with of the new Nazi Zombie schlocker Sky Sharks (2020) on Thursday night at 21.15, and continue throughout the weekend with such delights as the slasher’esque Aquaslash (2019), the French anthology collection Dark Stories (2019) and Hail to the Deadites (2020), a documentary for all lovers of The Evil Dead.

Finishing on Monday night with director Dean Kapsalis’ debut The Swerve (2018), FrightFest Digital Edition promises to deliver the quality shocks the festival’s fans have come to expect during the past 21 years ….. just via a brand new medium.

The full festival program can be found at www.frightfest.co.uk, and tickets and passes for the event will go on sale through the website from Saturday 1st August, 2020.