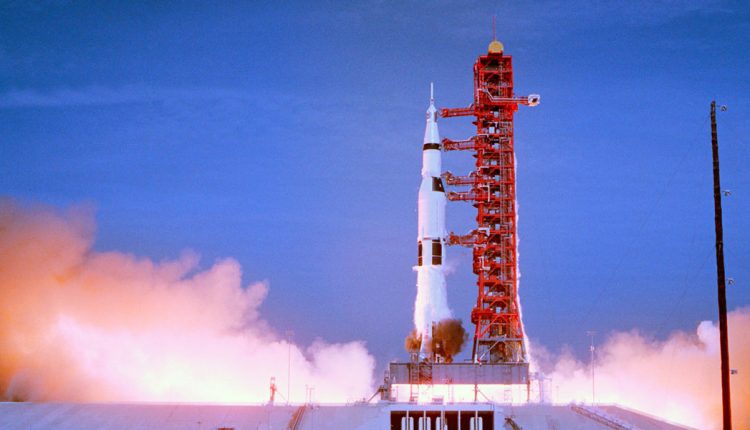 When it comes to space missions, Apollo 11 is one that will resonate with everyone as it entails the historic Moon landing in 1969. But there is more than Neil Armstrong’s famous quote. Using archival 70mm footage, director Todd Douglas Miller’s documentary takes audiences behind the scenes of the eponymous spaceflight.

Without narration or interviews, Apollo 11 reminds modern audiences of how this was achieved during a pre-digital age. As the footage takes viewers behind the scenes at NASA and around Kennedy Space Centre, there are no digital screens, high-tech computer screens and no shots of people watching the launch through their phones. Instead, spectators are crammed and camped around the area in advance of the launch, which highlights the national, nay global, anticipation of the mission.

The extensive shots of the Saturn V rocket highlight the feats of modern engineering while the candid shots of astronauts Neil Armstrong, Buzz Aldrin and Michael Collins reflect the immense trepidation of their mission. They are about to embark on a journey with a life-changing goal in mind but they are ultimately three men doing a job, which brings a sense of sensibility in the mission.

Miller takes care not to down-scale the mission or the pressures of the crew and personnel at NASA. The consistent checks, countdowns and edits between the technicians and spectators, as well as with the on-screen countdown, increase the suspense ahead of the launch so audiences share the same sense of excitement. With no interruptions from interviews or narration, this tension thankfully doesn’t dissipate.

But this is a double-edged sword. Miller ensures that the whole spaceflight is comprehensively documented, proving the Moon landing is only one small part of Apollo 11. The dull quietness during the flight and the constant fear that anything can go wrong in space is unsettling, so audiences are just like the technicians on Earth – watching with bated breath, and it’s a unique experience.

Unlike most sci-fi cinema, Apollo 11 provides a breathtaking yet realistic perspective on space travel. Documenting an actual event that modern audiences may know about but never understood its significance, it provides the history lesson that most science teachers dream of.