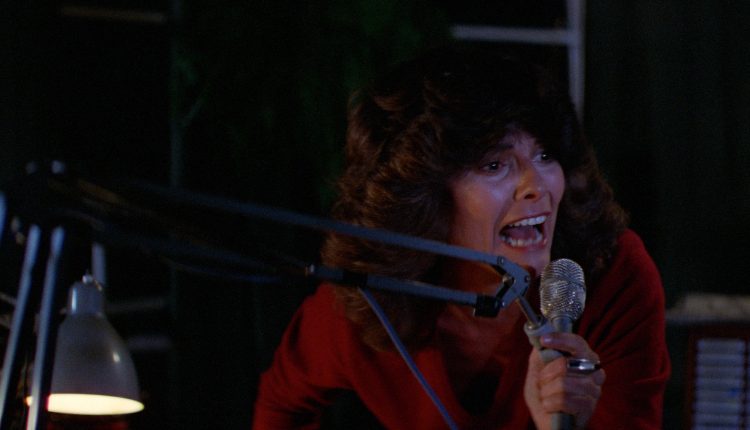 The BFI London Film Festival 2018 will be hosting a mix of classic films as part of its Treasures strand.

Featuring works by John Carpenter, Billy Wilder, Phillip Kaufman and the late Dennis Hopper, the strand’s films have been revived and restored from the world’s archives.

Here is the full lineup of this year’s Treasures strand:

The first of 12 features to star Gaynor and the impossibly handsome Charles Farrell – in an interesting role reversal, she was the actor who won Oscars and he was the decorative one – this tells the tale of a Parisian couple, lost souls living amongst society’s lower echelons. Love takes them to a seventh heaven, represented here by a seventh-floor Paris attic where they attempt to escape the grim realities of life and war.

Enamorada tells the story of the tumultuous affair between revolutionary José Juan Reyes and Señorita Beatriz Peñafiel, the independent-minded daughter of an aristocrat. The film has never looked more splendid than it does in this impeccable restoration, endorsed by an admiring Martin Scorsese.

As the coastal town of Antonio Bay prepares for its centenary, a series of inexplicable events overshadow
the approaching festivities. Unbeknownst to its residents, this sleepy seaside hamlet hides a guilty secret, dating back to a devastating shipwreck a century before. When the truth of a past steeped in greed and corruption spills out, so too does a thick, glowing fog, bringing with it the ghosts of the long-dead mariners intent on bloody revenge.

Arriving home after ten years, an amnesiac soldier gives out an agonized cry, “Where is Petersburg?” as he stands lost in the new cityscape of Soviet Leningrad. Fridrikh Ermler’s Fragment of an Empire has been referred to as the most important film in Soviet Cinema. It’s a bold claim, but justified by the synthesis of a powerful personal story and the critique it allows of the revolution as seen by a soldier stuck in a Tsarist past. The film opens in the chaos of a bloody battle in 1914 and follows with an extraordinary evocation of the main protagonist’s returning memory

High Tension sees an authoritarian foreign power deploying undercover agents in Sweden to try and bring back (or otherwise silence) refugees and defectors. Restored for the centenary of Ingmar Bergman’s birth, the espionage drama that he requested to remain unshown during his lifetime finally returns to the screen.

An experimental, self-reflexive film, charting the story of a stuntman who stays in Peru after shooting wraps on a Western, believing he has found paradise, but who is drawn into danger when the locals begin making a ‘film’ of their own. Hopper’s audacious vision is testament to a more vital time in American cinema – a film as unique and uncompromising as its maker.

A comedy and drama about twins separated at birth. One girl is raised in a wealthy Manhattan neighbourhood, while the other grows up a pugnacious free spirit in an Irish shanty town. The lights of the title refer to the new power source in the city, but also taps into the film’s crescendo, with its beautifully-coloured scenes that employ several different techniques: Technicolor, Handschiegl and tinting.

Naturalist Percy Smith introduces a newly-discovered and restored short showcasing the beauty of this favourite flower, in gorgeous Kinemacolor.

Mae West plays a swaggering Chicago singer who is abducted by a mysterious masked bandit during a
stagecoach holdup. Rightly suspected of a romantic adventure with the bandit, she is run out of her
scandalised town, Little Bend, along the way making the acquaintance of a travelling salesman. She dupes him into a hasty sham marriage in a bid to appear more respectable and in Greasewood City the pair find out more than they bargained for about each other. Flower Belle teaches unruly schoolboys and Twillie becomes bartender and Sheriff. But with the return of the masked bandit will their ‘marriage’ stand the strain?

The war is over and former Reichskommissar Wilhelm Grimm stands trial for crimes against humanity. Through flashbacks, we’re taken back to the Polish town where Grimm had once been forced to abandon his job as a schoolteacher, but returned as an SS officer. His campaign of brutality and oppression sees young women sent to the euphemistically named ‘officers’ clubhouse’ and the Jewish population rounded up for deportation. Filmed in 1943, the film is remarkable for anticipating the Nuremburg trials and its portrayal of the Final Solution – two years before the true horrors were fully understood.

Following a group of boys from the horrors of reform school to their escape onto the streets of São Paulo, where the only economies open to them are sex and drugs. Abandoned by those meant to protect them, the boys are forced to improvise to survive. Gay Lilica wants love, but finds himself playing surrogate mother to the group, while 11-year-old Pixote finds unlikely support from a prostitute.

The Private Life of Henry VIII is one of the most influential works in British film history, being the first to break into the US market and bringing a prestige to the industry it had never had. Charles Laughton was born to play the monarch and gives a spirited and humorous Oscar-winning performance, veering between spoiled man-child and the regal grace befitting his role. Korda’s biopic focuses on the man rather than the office, ignoring all politics except the sexual, as Henry works his way through a series of ill-fated wives.

Set in a meticulously recreated Paris of 1906, Silence is Golden stars Maurice Chevalier as silent-movie director Émile, who teaches the art of seduction to his timid assistant, unaware the lad’s honing his skills on a girl to whom Émile has taken an unfortunate shine. Both this problematic triangle and the early filmmaking milieu make for much affectionate humour, but the film, ironic yet serious, also excels in its wise depiction both of the practised deceits of romantic pursuit and of the transient niceties of life.

Clair’s Dadaist classic Enrtr’acte was shot for the interval in Picabia’s ballet; music by Satie. Look for Satie, Picabia, Duchamp and Man Ray amid the crazy playfulness. With Erik Satie score.

It’s 1929 and musicians Joe and Jerry have the misfortune to witness Chicago’s St Valentine’s Day Massacre. On the run from mobsters, they flee to Miami with Sweet Sue and Her Society Syncopators, featuring one Sugar ‘Kane’ Kowalczyk. Their only problem is that it’s an all-female band, so Joe and Jerry assume new identities: Josephine and Daphne.

José, a bright and mischievous orphan, lives in a small village in 1930s Martinique. Many of the people around him, including his wise and tenacious pipe-smoking grandmother, Ma’Tine, work in the sugar cane fields and are mistreated by the white boss. José has a father figure in the elderly Medouze, who tells him captivating stories about Africa and the cultures that live there. The boy attends school at the insistence of his grandmother – she is ready to sacrifice everything for his chance to attain an education and escape. But when he writes an essay on the lives of poor blacks, he is accused of plagiarism and runs away. Palcy’s film paints a rich picture of life under French colonial rule and remains a stunning and powerful directorial debut.

An unusual tale of two rival COs – one who worked his way up through the ranks, the other officer class – shines a light on the psychological effects on soldiers when war ends. Class comes to the fore: Guinness was offered the part of Eton-educated Basil Barrow but opted to play against type and gives a storming performance as the Glaswegian Jock Sinclair with an unconventional approach to military life. its simple narrative style attuned to studying its subjects and generating tension through dialogue and performance.

The BFI London Film Festival takes place between 10 and 21 October 2018.