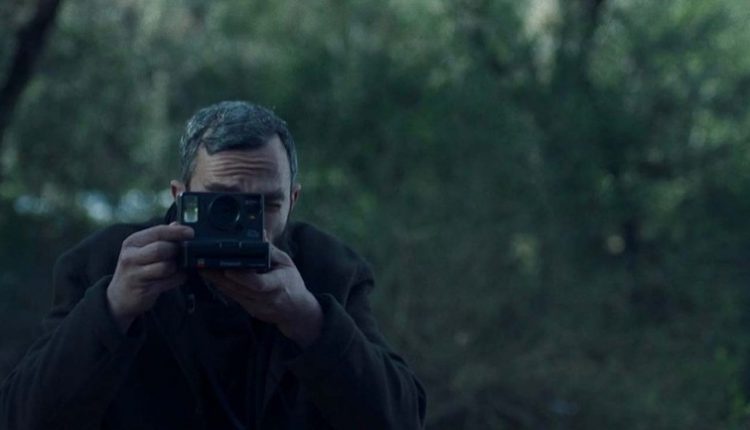 The 77th Venice Film Festival gets off to a very a-peel-ing start with the Greek film Apples. A film that looks at the importance of memory in defining who we are.

Amidst a worldwide pandemic that causes sudden amnesia, middle-aged Aris finds himself enrolled in a recovery program designed to help unclaimed patients build new identities. Prescribed daily tasks on cassette tapes so he can create new memories and document them on camera, Aris slides back into ordinary life, meeting Anna, a woman who is also in recovery.

Writer-director Christos Nikou worked with Yorgos Lanthimos on 2009’s Dogtooth. It is clear that the apple does not fall far from the tree in terms of talent. This debut feature feels akin to The Lobster meets Eternal Sunshine Of The Spotless Mind.

Similar to The Lobster, the reasoning behind the phenomenom is never explained. Plus the matter-of-fact way the company goes about delivering its instructions to its patients provides much in the way of absurdist humour.

As the identically monikered amnesiac, Aris Servetalis proves an engaging proxy for the audience into this world. He taps into a well of melancholia that runs deep due to past trauma. Now like a child discovering the world for the first time, he runs the entire gamut of human emotion. From confusion and frustration to amusement and joy when he achieves something that would have been banal before the incident.

Armed with a polaroid camera like Leonard Shelby in Memento, Aris finds himself having to document his life in an analogue version of social media to show his progress. Starting with small tasks like riding a bike, something one apparently never forgets, they slowly develop into more complex and sinister. Such as crashing a car or befriending someone with days to live.

The film not only examines what it is like to lose one’s identity but also your individuality as it becomes evident that all patients are given the exact same set of tasks.

It is on one of these tasks, watching a movie, that Aris meets Anna. Is a life of shared experiences enough to ignite a spark and offer hope for the future? Can romance blossom in a world where everyone has forgotten how to flirt?

The world they inhabit has become washed out and beige. The only jolt of colour derives from Aris’s taste for apples. Their red skin popping out of the screen like synapses bursting to life as the brain connects the dots.

Apples have become symbols for many things. They promote good health and keep the doctors away. Represent knowledge thanks to Newton and herald the introduction of a new iPhone every six months.

Yet they also have a darker side. Most famously being the forbidden fruit from the tree of knowledge that saw Adam & Eve expelled from the Garden of Eden. Whether it be a song lyric here or a dance move there, there are hints that Aris, literally, knows more than he is letting on. Leading to an emotional suckerpunch that is best experienced, like the characters rewatching The Texas Chainsaw Massacre for the first time, unspoiled.

Christos Nikou’s film, rather ironically, lingers long in the mind following the end credits. Proving that at its core, Apples is an unforgettable debut.