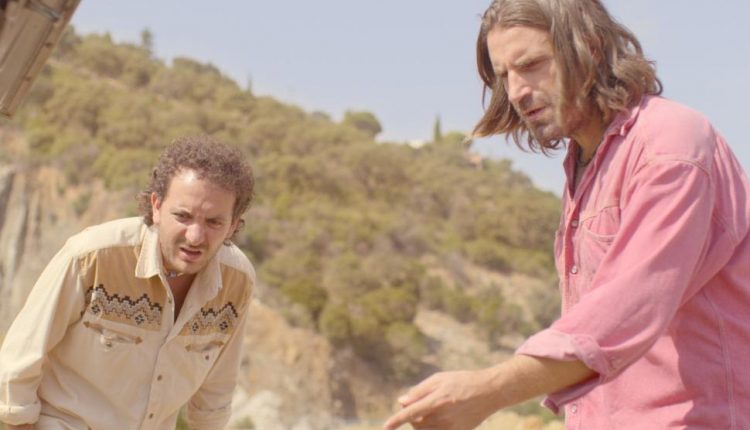 Forget Spanish Fly. The Italians were going crazy for a French Fly with Mandibules generating quite the buzz at this year’s Venice Film Festival.

It is a unique experience to a film festival to sit in a socially distanced audience wearing face masks all laughing at the exploits of a giant fly called Dominique.

Yet why would one expect any different from Quentin Dupieux? The writer-director who ten years ago visited Cannes with a film called Rubber about a sentient killer tyre!

Just like that film, the audience for Mandibules are given no reasoning or explanation as to the who, what, where, when and why as two friends discover a giant fly in the boot of a car and decide to domesticate it to earn money from its talents.

It is best to simply embrace the absurdity and enjoy the ride.

As the best friends with their own secret handshake, David Marsais and Gregoire Ludig make for an endearing double act. They are a couple of down on their (dumb) luck losers who see an opportunity to escape their current situation by training the fly to act as a drone thief. All while keeping the fly, affectionately called Dominique, a secret from other people. Think of it a bit like E.T. – The Extra Terrestrial. Except that instead of a young boy and an alien best friend, it is two grown men and a giant insect. Albeit one much more cute and lovable than Jeff Goldblum post-transformation!

Like the fly, the two are winging it every step of the way. Moving from one bizarre and ridiuculous encounter to the next. It is impossible not to warm to these lovable rogues and will them to succeed in their crazy scheme.

The closest the film comes to an antagonist is Adele Exarchopolous’s Agnes. She delivers a committed performance as a girl with the inability to control the volume of her voice. Part of a group of students who offer their home to the pair after a girl mistakes Manu for a childhood schoolfriend, Agnes is suspicious from the start and is keen to figure out what they are up to.

At this point, the movie metamorphoses into a crowd-pleasing farce. Thanks to the ever-increasing degree of misunderstandings, hysteria and physical comedy as the two men and a baby fly get in over their heads.