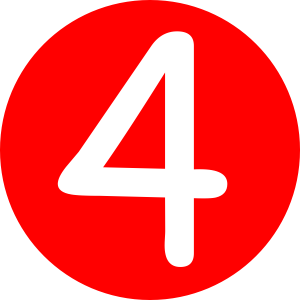 Country House Mysteries – with a touch of Christie …. 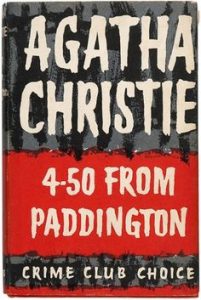 Classic country house mysteries – with a large helping of murder on the side – have become almost as much a part of the traditional Christmas as ghost stories and Dickens.  And there was no one who did them better than the Queen of Crime, Agatha Christie.  Dame Agatha’s work seemed made for film and television, and over the years many of her books – of which she wrote almost one hundred – have been translated to the screen, both large and small.  It was her spinster sleuth Miss Marple though, who was perhaps her most popular creation and who frequently found herself a guest at that most English of settings – the country house.  With extended weekends in these often isolated dwellings with copious guests who hated each other, the scene was set for an inevitable, and often bloody, murder.  Several actresses have taken on the role of Jane Marple, but few achieved the air of the eccentric and nosey busybody which English actress Margaret Rutherford did in the series of films from the 1960s, inspired by several Marple mysteries.  Though all were fun, the stand out one was surely 1961’s Murder She Said, based on the novel ‘The 4.50 From Paddington’. 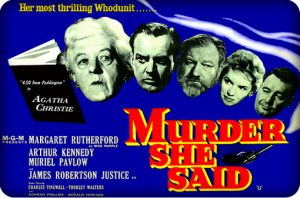 It’s all there: the lonely house where things go bump in the night; the extended family who loathe one other; and a murderer intent on silencing anyone and everyone who stands in their way.  In-fact everything which makes this the perfect festive viewing, guaranteed to send enough shivers down the spine to rival many more traditional Christmas chillers.