5 films to look out for later this year

So far, 2014 has been a great year for film. With plenty of superheroes gracing the big screen, such as Captain America in Captain America: The Winter Soldier (currently at a worldwide gross of $709,886,000) and the return of the X-Men in X-Men: Days of Future Past, action-packed flicks are most definitely dominating the limelight.

However, 2014 still has a lot to offer in terms of cinema. There are plenty of great flicks to look out for in the coming months, all starring some great actors and sporting some incredible stories. Read on for a quick rundown of the top five films to watch out for in the second half of 2014.

If you are looking for something to entertain yourself in the meantime, why not combine mobile, TV, phone and broadband with the Big Kahuna?  The fantastic Big Bundle packages on offer from Virgin Media are guaranteed to keep you occupied until 2015! 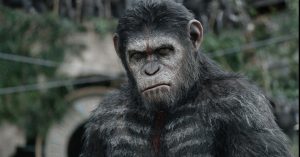 Directed by Matt Reeves, mastermind behind 2008 monster hit Cloverfield, Dawn of the Planet of the Apes is set to be one of the biggest films of the summer.

Sequel to the 2011’s Rise of the Planet of the Apes, the science fiction film stars Gary Oldman and Jason Clarke, and is the eighth film in the wildly popular series.

The story follows a large group of genetically evolved apes who have their livelihood threatened by a small group of human survivors who lived through the unleashing of a virus 10 years before the events of the film.

Despite drawing a truce, they end up battling against each other to determine who is the more dominant species.

The story follows a mercenary group who end up facing up to one of their old acquaintances, the latter of which is intent on destroying the former. 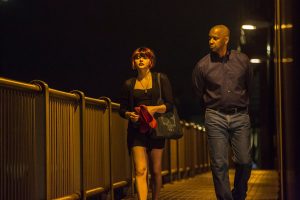 Starring Denzel Washington, Chloe Grace Moretez and Melissa Leo, The Equaliser it a thriller film based upon the television series of the same name.

The plot sees a retired intelligence officer, played by Denzel Washington, turning into a maverick in order to help those who can’t help themselves. After he assists a young woman, he ends up pinned by the Russian mafia, who are never more than two steps behind. 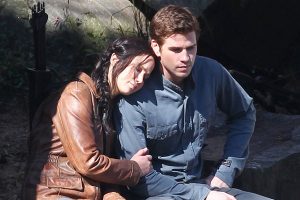 The well-awaited conclusion of The Hunger Games will finally be underway in November, when the first part of the concluding book will be visualised on the big screen. Starring Jennifer Lawrence, Josh Hutcherson and Liam Hemsworth, it’s probably one of the most eagerly-awaited films of this year.

Following on from the previous films, Katniss, played by Lawrence, finds herself undergoing a whole new host of challenges in an epic fight for survival.

The story follows a new family who have moved to Palo Alto in California after the father accepts a job as a video game designer. Yet as seen in the previous films, strange things soon start happening which are disconcertingly connected to the family’s deceased daughter.

Tags: 5 films to look out for later this yearDawn of the Planet of the ApesParanormal Activity 5The EqualizerThe Expendables 3The Hunger Games: Mockingjay Part 1