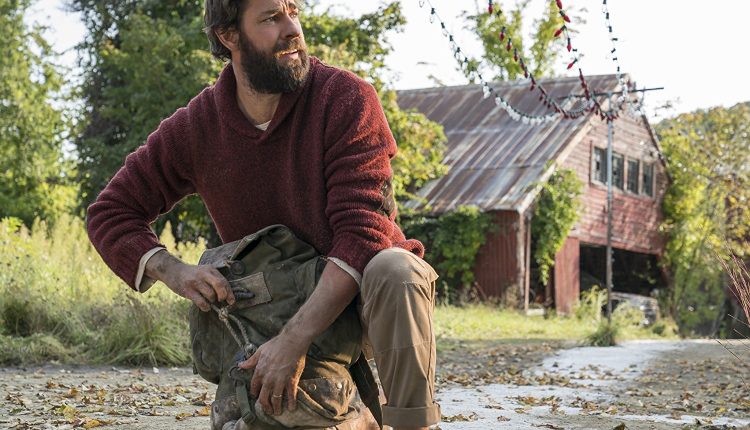 A Quiet Place 2 To Be Written by John Krasinski

For a film that demands silence of both is characters and audience to work, A Quiet Place had people more-or-less shouting from the roof tops over its highly inventive premise and thrilling execution. Good hype, a near-perfect Rotten Tomatoes score and word-of-mouth helped get John Krasinski‘s film a highly respectable $338.6 million take at the box office, with a sequel greenlit without hesitation by production company Platinum Dunes.

There’s no word on Krasinski returning to the director’s chair for A Quiet Place 2, but apparently he will be penning the screenplay…after some dilly-dallying. According to The Hollywood Reporter, it was touch-and-go for a minute. “”I had this small idea for a sequel, but I didn’t think it would go anywhere. So, I said to the studio, ‘Just go do the movie with somebody else,'” Krasinski told a Q&A audience, as reported by the publication.

“They heard some pitches, and I told [producer] Drew [Form] about this little idea, and he told me to think about it a little longer. And then I thought, ‘This might really work.’ So, I’m currently writing the sequel.” The first film was developed from a screenplay by Bryan Woods and Scott Beck, who initially produced a 15-page outline before starting work on a script eyed to be part of the emerging Cloverfield franchise. Then Krasinski came on board as both director and star, he helped rewrite the early draft.

It’s interesting that Krasinski is going solo for the sequel. Woods and Beck are perhaps busy working on the forthcoming horror Haunt, produced by Eli Roth, but surely they would want to be on board with a follow-up to the film that more-or-less made their names? Perhaps Platinum Dunes relied on Krasinski’s rewriting acumen more than we know for the original.

We also don’t know who will be directing A Quiet Place 2. Krasinski did a bang-up job with the first film, but chances are he’s busy working on other projects, including the starring role in Amazon Prime series Jack Ryan (also produced by Platinum Dunes head honcho Michael Bay). For now, Hollywood is keeping schtum…