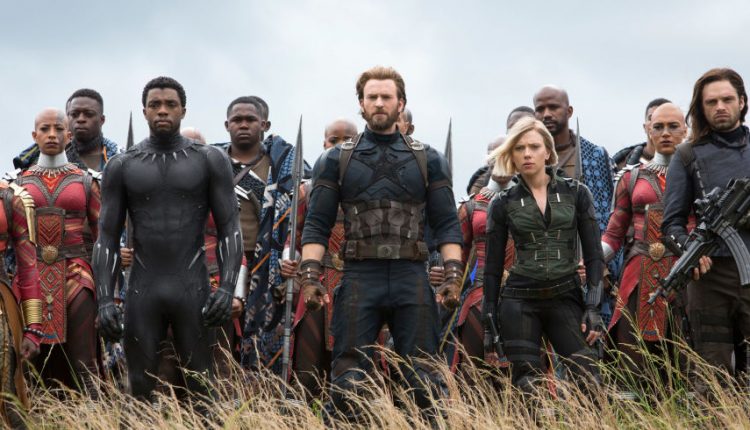 Before it was even released we had super high hopes for Avengers: Infinity War, but a few months ago, did we really anticipate how big it was going to be? The film has already smashed the opening-weekend records across the world, including beating Star Wars: The Force Awakens’ record by $2 million.

Lucasfilm President Kathleen Kennedy took to Twitter to congratulate Marvel on its success, handing a lightsaber to Iron Man and saying:

From a Galaxy far, far away … to Earth’s Mightiest Heroes,” the photo caption reads. “CONGRATULATIONS on the biggest opening weekend in history! From Kathy and everyone at Lucasfilm.

Now, it has been announced that Infinity War has been released in IMAX with a record-setting $41.5 million weekend debut across 715 screens. This makes it the biggest IMAX opening for Marvel and the third largest IMAX opening ever! Impressive, huh?

“Avengers: Infinity War is a truly epic global blockbuster phenomenon that has set records across the IMAX worldwide network with China still to come,” said IMAX CEO Richard L. Gelfond. “We believe this weekend’s results are another clear indication that moviegoers are seeking out the biggest blockbuster events in the immersive IMAX format and an incredible start to what is shaping up to be a very promising summer lineup.”

Infinity War is the first Hollywood film to be shot entirely on IMAX and it seems as though that decision has hugely paid off. The same will be done with Avengers 4 – tell us the title, already! – and we can only assume that will then go on to beat the record set by Infinity War.

Marvel is an unstoppable train that is showing no sign of slowing down and would we want it to? Definitely not.

The next Marvel film will be Ant-Man and The Wasp which will be released on 6th July in the USA and 3rd August in the UK…thanks World Cup! This will then be followed by Captain Marvel on 8th March 2019.