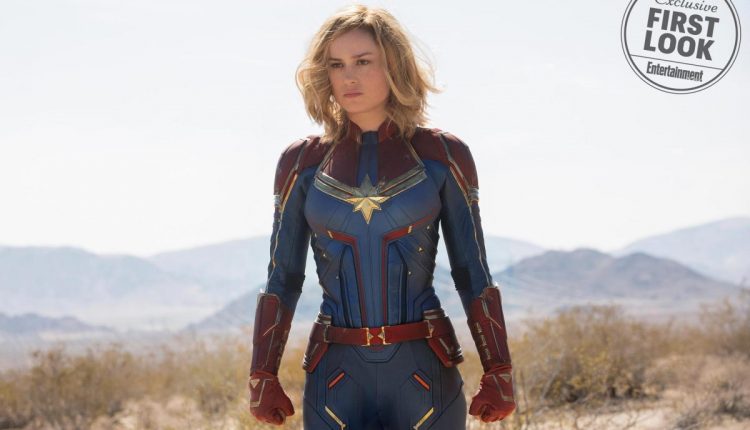 She got a teasing nod at the very end of Avengers: Infinity War, and those keen enough to seek such things out have likely seen the unofficial on-set photos, but today we got our first legit look at Brie Larson as the eponymous cosmic hero of Marvel’s forthcoming Captain Marvel.

Courtesy of Entertainment Weekly, we have a handful of images that reveal a lot about the next phase of the Marvel Cinematic Universe. Amongst them are, for example, real confirmation that the film is set in the nineties, by virtue of Larson wearing a Nine Inch Nails t-shirt. The Downward Spiral is now MCU canon, which I think we can all agree is very exciting. 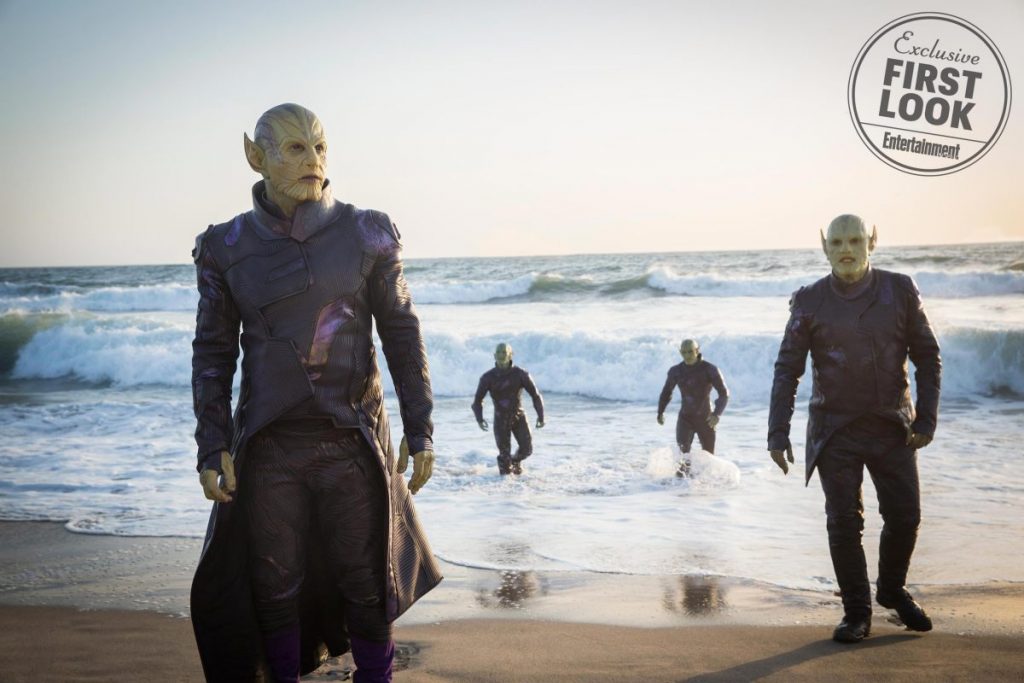 Also established through these first Captain Marvel images is the involvement of the Skrulls, an alien race of shape-shifters who are likely to be the film’s antagonists. In the comics, the Skrulls are long-time enemies of the Kree, another race of extraterrestrials who are responsible for endowing Captain Marvel with her powers. They’re lead here by Rogue One villain Ben Mendelsohn as Talos. I’m assuming this image comes from a Point Break-indebted surf action sequence.

The Kree have appeared in TV series Agents of S.H.I.E.L.D., but to a wider audience they’ll be known as the people Guardians of the Galaxy baddie Ronan the Accuser belongs to. Lee Pace has slapped the blue make-up back on for Captain Marvel as well, implying we may well get some background as to way Ronan was so upset with the Nova Corps. 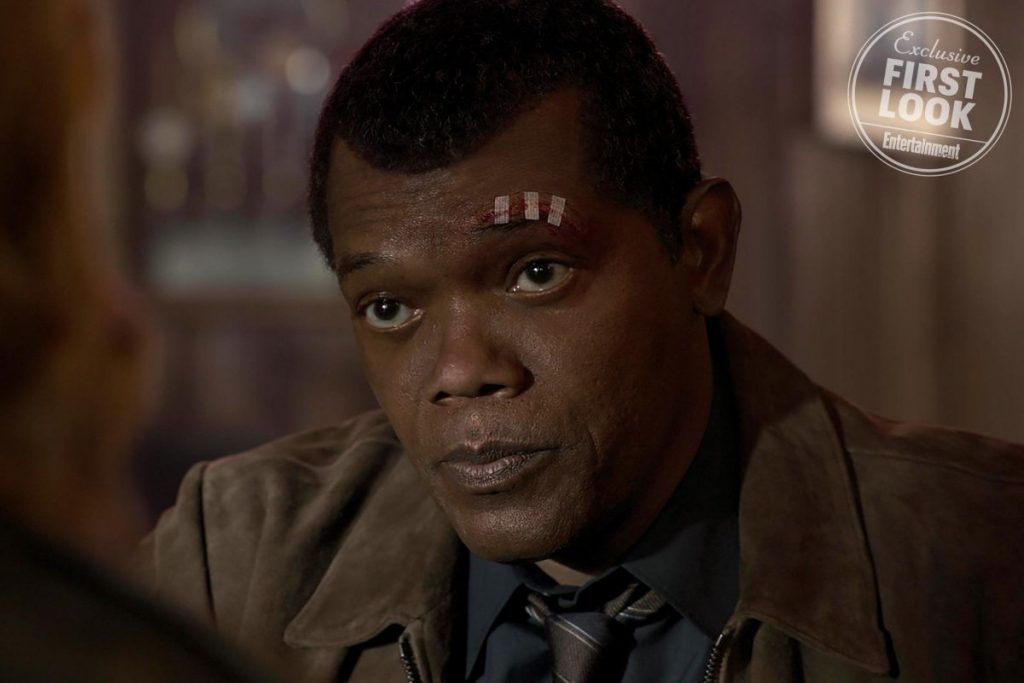 Perhaps the biggest surprise in this batch of images is a young Samuel L Jackson. We knew Nick Fury would be appearing in Captain Marvel (he was the one to send the signal to Larson’s character at the climax of Infinity War), but not like this! Jackson has been de-aged with computer magic for the period setting, when Fury was a “desk jockey” and still had both his eyes.

The rest of the photos include another Guardians of the Galaxy connection as Djimon Hounsou‘s Korath appears alongside Lee Pace’s Ronan, Jude Law as the original Captain Marvel (or “Mar-Vell,” because comics are silly) who trains his replacement, Carol leading her team of similarly-outfitted “Starforce” space mercenaries, and more.

Captain Marvel will be the first blockbuster written and directed by wife-and-husband team Anna Boden and Ryan Fleck, who previously helmed indie dramas Half Nelson and It’s Kind of a Funny Story, with Meg LeFauve, Guardians of the Galaxy‘s Nicole Perlman, Geneva Robertson-Dworet, Liz Flahive, and Carly Mensch also receiving credits on the screenplay.

Captain Marvel is scheduled to be released on March 8 2019.