Those loveable rogues best known as the Minions are about to hit the big screen in their first solo project, entitled simply Minions – you know you’ve hit super stardom when you are referred to by just your ‘generic’ name. 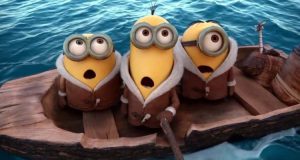 The mischevious little yellow people – who debuted in Despicable Me (2010) and its follow-up Despicable Me 2 (2013) – headed by their trio of unofficial leaders Stuart, Kevin and Bob, find themselves in all sorts of trouble in this new family orientated animated comedy directed by Kyle Balda and Pierre Coffin and written by Brian Lynch who was behind the story for the smash hit Puss in Boots (2011). 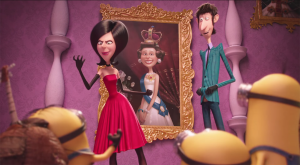 Also featuring the voice talents of Jon Hamm and Sandra Bullock as the dastardly husband and wife team of Herb and Scarlett Overkill – whose plans for world domination require the assistance of our little yellow friends – this latest slice of cartoon mayhem from Universal and Illumination Entertainment, the production company who gave us such adventures as Hop (2011) and The Lorax (2012), looks set to be one of the top films to see during the upcoming summer holiday period.

Naughty or Nice: A Brief History of Christmas on Film