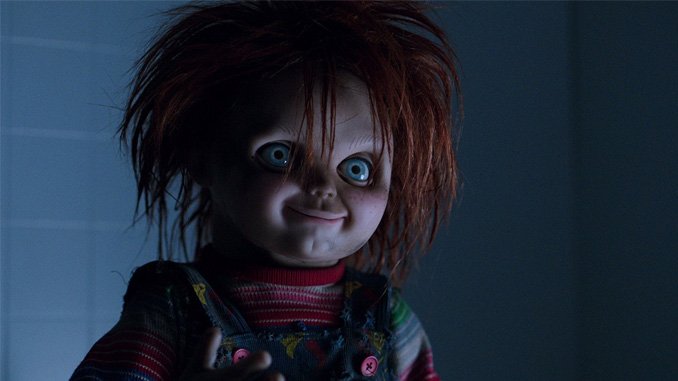 Chucky has been a staple for the horror genre for 30 years now and at the time he remained the only icon to not fall victim to the remake treatment. First introduced to audiences back in 1988 with Child’s Play  the killer doll has spawned 6 sequels in total, but next year the series will be taken back to the beginning by MGM. However, the original narrative will be continued on the small screen. Bloody-Disgusting was present for a 20th anniversary screening of Bride of Chucky which was held at Screamfest. Don Mancini shared details regarding the series switch to the small screen which is set after Cult of Chucky.

Cult of Chucky  featured the full return of Andy Barclay (Alex Vincent) who had not appeared in the series since 1990’s Child’s Play 2.  It will be interesting to see how this TV series tackles the loose ends left by the last film and how this will play out with the planned remake at MGM.  Brad Dourif is expected to return to voice Chucky, and there has been no update in regards to the voice actor for the remake.  The series has gone through so many twist and turns over the last 30 years, and at one point it was centred on comedy.

David Kirschner shared some details regarding the TV series suggesting that it plans to go back to the roots of the original film from 1988. It seems fans can expect Chucky to terrorise a kid in similar fashion to how Andy Barclay was tormented so many years ago. Cult of Chucky  revealed that Chucky now has the ability to split his soul into other dolls. How this will factor into the TV series is something fans will have to wait and see unfold.

David Arquette Would Return for ‘Scream 5’