The Croods at Stonehenge

There might still be a chill in the air, but today marks the Spring Equinox for 2013. Dawn celebrations at Stonehenge this year have an unusual addition: a giant monument for THE CROODS! 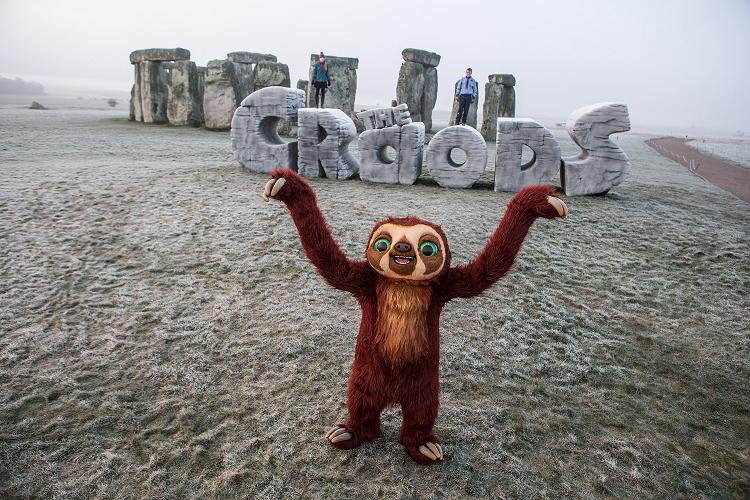 From Twentieth Century Fox and DreamWorks Animation, featuring the voice talent of Nicolas Cage, Ryan Reynolds and Emma Stone, and directed by Chris Sanders (How To Train Your Dragon) and Kirk De Micco, THE CROODS is released in UK cinemas this Friday, 22nd March.

The Spring Solstice or ‘Vernal Equinox’ recognises the first day of spring and each year sees druids and pagans gather at Stonehenge early in the morning to watch the sun rise above the prehistoric stones. The area’s local Scouts were on hand to help roll the colossal CROODS construction into place, marking the first time a modern structure has EVER been allowed on this historic site (and we bet the druids and pagans are going to just love it)!

Check out the timelapse video of its installation…

The Autobiography of Nicolae Ciaçescu (2010)