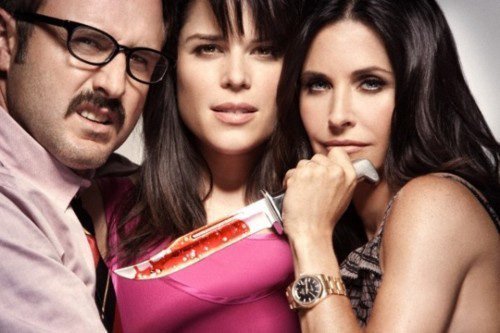 David Arquette Would Return for ‘Scream 5’

The original Scream  was released back in 1996, and remains one of the highest grossing slasher films ever made. Directed by Wes Craven (A Nightmare on Elm Street, The Hills Have Eyes) the film would spawn three sequels all centring on the life of Sidney Prescott. Scream  grew in popularity due its self awareness, charming characters, and bringing the horror series back to life. This was a breath of fresh air for the genre because all of the icons (Michael Myers, Jason Voorhees, Freddy Krueger) had been declining in quality and were suffering from lacklustre sequels. Ghostface was last seen back in 2011’s Scream 4  and it seems a fifth film could happen sooner rather than later.

Scream 4  was intended to launch a brand new trilogy for modern audiences but plans fell through the cracks. David Arquette (Dewey Riley) has expressed interest in returning to the franchise if a fifth film were to happen. In 2015 Wes Craven passed away leaving any chances for a fifth film very slim because no one knows if another director can live up to Craven’s legacy.  However, Arquette believes Scream 5  could be a respectful nod to the director if it ever happens.  Slash Radio held an interview with Arquette and he expressed that he would love to do a fifth film.

“Yeah, absolutely. I would love to do that. I think [Craven would] still be a part of it in an incredible way. It would be like a tribute almost. Yeah, I think it would be really fun. I love everyone involved in it. Neve is such an anchor, and so incredible as an actress. I think there’s something there”

David Gordon Green’s Halloween seems to have sparked interest in reviving classic series. Several well respected directors exist in the horror community today and one of them could easily deliver on a solid fifth instalment. Jason Blum has also expressed interest in tackling the Scream  series but fans will have to wait and see what happens.  If all the right components are mixed together ghostface can be brought back for one last time.