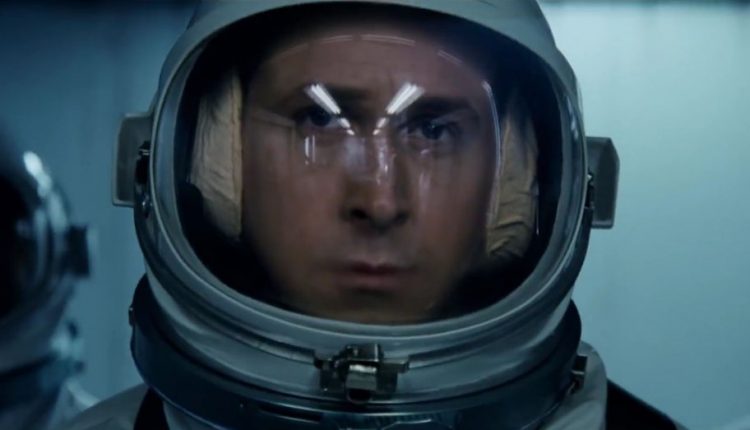 To be honest, until this point I’ve had little-to-no-interest in seeing First Man. I wasn’t a fan of director Damien Chazelle’s first two features, the award-winning Whiplash and La La Land, and I’m enough of a NASA geek to know that its subject, Neil Armstrong, is sort of a drip, and easily the least interesting guy to walk on the moon. Then people started getting mad about the film, and then I sat up.

Following the film’s premiere at this month’s Venice Film Festival, it was reported that First Man did not include a recreation of the iconic moment when Armstrong (played here by Ryan Gosling) planted the American flag into the moon’s surface. Whether Chazelle was wanting to elide the politics of such an image, wanted to focus on the interior life of his subject rather than his country of birth, or simply wanted to avoid the attentions of conspiracy theorists, is unclear.

What has become readily apparent is that this omission is something which is very important to conservative filmgoers and members of the Republican party alike, and they are very mad online about it. Among those to voice their displeasure over a film they have not seen and likely had no intention of going to see was US Senator and failed presidential candidate Marco Rubio, who tweeted his thoughts.

This is total lunacy. And a disservice at a time when our people need reminders of what we can achieve when we work together. The American people paid for that mission,on rockets built by Americans,with American technology & carrying American astronauts. It wasn’t a UN mission. https://t.co/eGwBq7hj8C

Rubio was the most prominent of a swathe of voices on social media, decrying the desecration of their beloved flag by not including it in one multimillion dollar Hollywood production, when so many others have sought fit to give the stars and stripes the respect they deserve, like Independence Day or Dave.

As a biopic about someone widely agreed to be a True American Hero made by one of the most celebrated young filmmakers working in the US right now, I wasn’t expecting First Man to stir up controversy of any kind, let alone from the admittedly-infamously-thin-skinned political right.

In every other quarter the film, which also stars Claire Foy, Jason Clarke and Kyle Chandler, has received positive reviews, with critics at Venice citing Gosling’s performance and Chazelle’s direction of the spaceflight sequences as being potential Oscar contenders at next year’s ceremony.