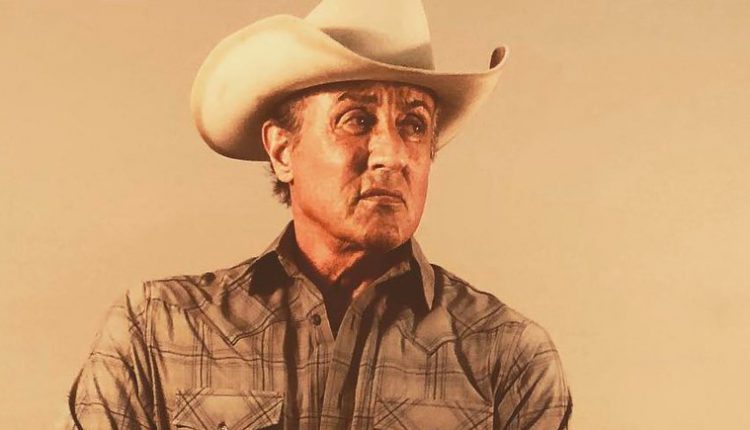 The last time we saw John Rambo, he…well, he murdered a lot of people, as is his wont. 2008’s Rambo, directed and co-written as well as starring Sylvester Stallone, found the damaged Vietnam vet once more driven to violence in war-torn Myanmar. At the end of the film, Rambo appeared to find some peace…at least until the box office receipts came in, and Rambo 5 was swiftly rushed into production.

Stallone has been sharing some snaps from behind-the-scenes of the production, which began this month. Not that you’d necessarily guess on first blush these were shots of John Rambo, since he appears to have swapped his iconic red bandanna-and-mullet combo for more of a cowboy look.

That scans for where Rambo left off — and I’m just going to go ahead and directly quote the Wikipedia synopsis here, because that film is bananas — “Rambo intercepts and kills [the bad guy] by disemboweling him with his machete. Some time later, Rambo returns to the United States to finally visit his father at his home in Arizona.” It’s been a while, so I can’t remember if it’s that jarring a cut from disembowlment to picturesque Arizona, but it sounds like Rambo 5 will be picking up exactly where we left off.

Word on the street is that Rambo 5 will see the character taking on Mexican Drug Cartels, because that’s what’s hot right now, I guess? It seems that we’re getting pretty far away from John Rambo, the damaged soldier who represents the brutal effects of the military-industrial complex. On the other hand, Stallone rocks that stetson.

This is actually a less radical set up for what was originally intended for Rambo 5. When Stallone revealed the sequel (which is technically First Blood: Part V, right?) initially, it was going to be a loose adaptation of the novel Hunter by James Byron Huggins, and would have seen Rambo leading a special forces team to kill a genetically-engineered monster. Thankfully that was swiftly abandoned in favour of a “small-town thriller in line with First Blood,” to be written by Sean Hood.

And that leads us to today, where Rambo 5: Unforgiven? Never Heard of It will be co-written by Stallone and Matt Cirulnick, with Get the Gringo‘s Adrian Grunberg directing.