Gundam Movie In The Works From Legendary Pictures

Legendary Pictures are in the big picture business. By which I mean their films cast huge stars, make big bank, and also have a tendency to feature giant fuck-off monsters, robots and other humongous beings. After a steady stream of box office smashes including Godzilla (2014), Kong: Skull Island (2017) and this year’s Pacific Rim sequel, Legendary are returning to the source of giant robot action: Gundam.

“The original Gundam series is set in the Universal Century, an era in which humanity’s growing population has led people to emigrate to space colonies. Eventually, the people living in the colonies seek their autonomy, and launch a war of independence against the people living on Earth,” it reads.

“Through the tragedies and discord arising from this human conflict, not only the maturation of the main character, but also the intentions of enemies and the surrounding people are sensitively depicted. The battles in the story, in which the characters pilot robots known as mobile suits, are wildly popular.” 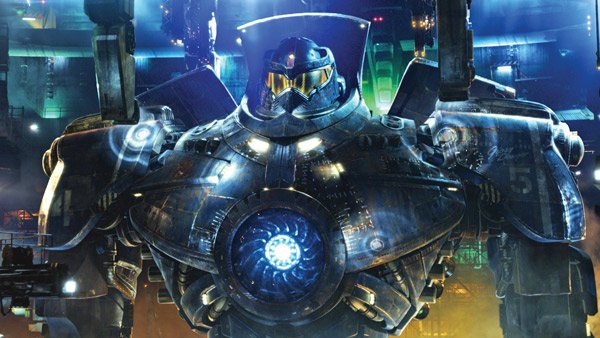 That almost does down the sheer scale of the Gundam franchise as its has developed over the years. The original Mobile Suit Gundam was a fairly sober assessment of the costs of war on the individuals that fight them.

It just so happens that people latched onto the cool giant robots the soldiers were piloting more than they did, say, the bleak aesthetic of Tarkovsky’s Ivan’s Childhood.

Elements of that original series — war, trauma, a rivalry between two ace pilots, and huge mechs duking it out — recurred as the show was rebooted, reconfigured or otherwise reimagined in follow-up series.

While enduringly popular in its home country of Japan, the Gundam franchise has yet to take root in mainstream consciousness in the West. It remains a fan favourite of the nerdy, however, a position cemented by a cameo appearance for one of the eponymous Mobile Suits in Ready Player One.

All of which is to say that this live-action Gundam could go anywhere, but rest assured, there will be big robots in it.