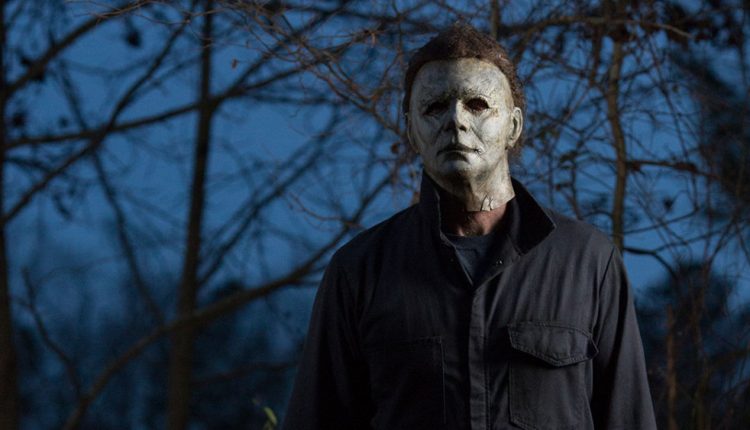 “Oh, you’re the new Loomis!” In a (slightly cringey) bit of lampshading, Jamie Lee Curtis draws attention to one of the most obvious absences in this month’s new Halloween sequel/reboot/whatever: Donald Pleasence‘s Dr Loomis. The frantic, hysterical psychiatrist was as key to the original slasher as Curtis, Nick Castle as “The Shape” and John Carpenter’s score, all of which return for David Gordon Green’s new entry. Originally, Loomis was supposed to have put it an appearance.

A necessarily brief one, as Pleasence passed away in 1995, at the age of 75; before that, he had appeared in four Halloween films, along with Escape From New York, The Great Escape, and as the second Blofeld in You Only Live Twice. Along with giving one of the key members of the original Halloween his due, Loomis’s presence in the new film would also have papered over a notable plot hole.

The new Halloween — co-written by Green, regular collaborator Danny McBride and Jeff Fradley — is a direct sequel to the original, erasing the numerous follow-ups from the canon. It opens with masked killer Michael Myers in a secure mental facility, having been jailed for the so-called “Babysitter Murders” committed forty years prior.

…Except he isn’t caught at the end of the original Halloween. After being shot by Loomis and falling from a first-story window, he lies prone on the ground until the cavalry arrive, at which point he magically disappears into thin air, and thus setting up 1981’s Halloween II.

The original opening for 2018’s Halloween would’ve retconned the final confrontation between Michael, Loomis and Curtis’s Laurie Strode, utilising a blend of body doubles and archive footage to achieve the newly-created scene. As reported by Bloody Disgusting, this alternate opening for the new film would have altered the original’s finale so that “when Loomis enters the room, instead of shooting Michael off the balcony, the Dr. finds himself attacked by The Shape. Michael grabs him by the throat and pins him to the wall, choking him to death.”

Ultimately it was Carpenter himself who vetoed the retcon, presumably on the levels of narrative and technical concerns and also a matter of taste with regards to “killing off” a former collaborator, who has been long dead in real life, on-screen. You here that, Star Wars? Halloween has more morals than you!

Halloween is in theatres now