Hammer’s The Woman in Black: Angel of Death first look

London, England, 7th November 2013 – Hammer, an Exclusive Media company, and Entertainment One (eOne) today announced that filming has begun on The Woman in Black: Angel of Death, the next installment of the most successful British horror film of all time.  To be released by eOne in the UK on Friday 13th February 2015, the film will be directed by Tom Harper and will shoot at multiple locations throughout England and Pinewood Studios.

The Woman in Black: Angel of Death stars Phoebe Fox in her first leading role in a feature film.  Having previously worked with Tom Harper on War Book alongside Sophie Okonedo, she will also be seen in Aisling Walsh’s Dylan Thomas project, A Poet in New York, with Tom Hollander and BBC’s ‘The Musketeers’.  Fox is joined by Jeremy Irvine (War Horse, Great Expectations, The Railway Man), the award-winning Helen McCrory (Skyfall, Hugo, Harry Potter and The Deathly Hallows) and rising star Oaklee Pendergast (The Impossible). 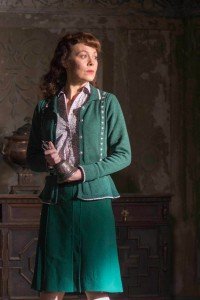 The Woman in Black: Angel Of Death continues the original film’s story: four decades have passed since Arthur Kipps, as played by Daniel Radcliffe, travelled to Eel Marsh House – and now, a group of children are evacuated with their teachers from the perils of Blitz-era London. The group soon awakens Eel Marsh House’s darkest inhabitant.

Directed by Tom Harper (The Scouting Book For Boys, War Book, ‘Peaky Blinders’), the screenplay by Jon Croker (Desert Dancer) is based on an original story outline by Susan Hill, author of The Woman in Black.

Hammer will produce the film alongside Richard Jackson’s Talisman Films and in association with eOne. Roy Lee and Xavier Marchand will serve among the executive producers. 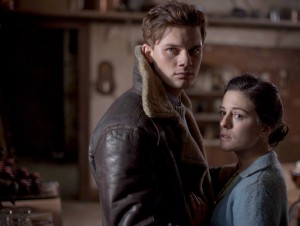 Simon Oakes, President & CEO of Hammer and Vice-Chairman of Exclusive Media said: “We are thrilled to have assembled such a talented team for the next stage in The Woman In Black story with the amazing Tom Harper at the helm.”

Xavier Marchand, eOne’s President of Film Production, said: “We’re excited to be working with our partners from the first film to bring Susan Hill’s iconic character back to the big screen to terrify existing as well as new fans once again.”

Director Tom Harper said: “There’s such a fantastic history of British horror films and it’s great to be continuing the story of Susan Hill’s vengeful cult character.  Jon Croker’s script is haunting and powerful and I’m delighted to be working with such a great cast and crew to bring it to life.”