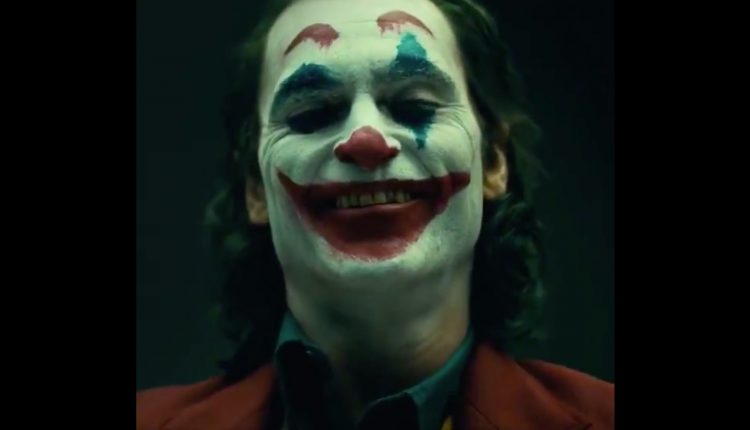 Todd Phillips’s Joker origin film is not wholly dissimilar to many scenes from the director’s breakout Hangover trilogy. I can’t quite believe it exists, that it’s going to be an actual feature released by a major studio that a lot of people have had to sign off on, I’m almost certain it sucks, and yet I can’t tear my eyes away.

Having had the film’s existence and unexpectedly starry cast — first with and then without Alec Baldwin — confirmed, we’ve now got our first proper look at star Joaquin Phoenix in his full Clown Prince of Crime get up. Previously we’d seen set photos of Phoenix as “Arthur,” a mostly sane-looking fellow in a Taxi Driver get up all but confirming the film’s reported seventies setting and vintage Scorsese vibe.

Now, courtesy of Phillips’s social media presence, we have a short clip of Phoenix transforming from Arthur in his street civvies to his circus make up, in a camera test set to The Guess Who’s 1969 one hit wonder “Laughing.” Get it?

After some speculation over whether that is actually what Phoenix’s Joker will look like — after all, Phillips labelled the clip a “test” — we have sort of confirmation in the form of a set video, which sees the You Were Never Really Here star in his full supervillain regalia.

While the smeared make up has more than a hint of Heath Ledger’s chaotic Dark Knight villain, the complete outfit recalls Caesar Romero’s get up from the classic, campy Adam West Batman TV series of the sixties. Which is alright by me, because that look rules and only further adds to the utter surreality of a Scorsese-inspired Joker origin story starring Joaquin Phoenix and directed by the guy who brought us Due Date.

The Joker movie is scheduled for release on October 4 2019.