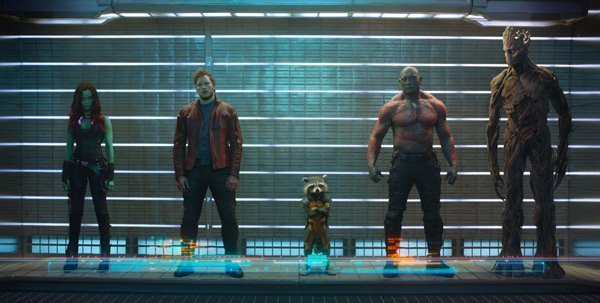 Guardians of the Galaxy Vol. 3 will find the series absent of another key father figure, as writer/director James Gunn has been let go from the franchise. Disney booted the filmmaker following the emergence of “offensive attitudes and statements” shared through his Twitter account. Gunn has since deleted his social media presence and blog.

The tweets, which were dredged up by far-right conspiracy theorist Mike Cernovich, involved Gunn making jokes about taboo subject matter including paedophilia and rape. Screenshots of the tweets were circulated by Cernovich on his own social media accounts.

Before deleting his Twitter, James Gunn responded to the controversy, stating

Many people who have followed my career know when I started, I viewed myself as a provocateur, making movies and telling jokes that were outrageous and taboo. As I have discussed publicly many times, as I’ve developed as a person, so has my work and my humour. It’s not to say I’m better, but I am very, very different than I was a few years ago; today I try to root my work in love and connection and less in anger. My days saying something just because it’s shocking and trying to get a reaction are over.”

Bizarrely, Cernovich seems to equate Gunn’s regrettable jokes with evidence of an ongoing pattern of child abuse in the film industry, writing that the tweets are tantamount to a “proven pedo network operating in Hollywood.”

Regardless of Pizzagate propagator Cernovich’s view on things, Disney chairman Alan Horn’s was unequivocal in his statement. As issued to the Hollywood Reporter, reads “the offensive attitudes and statements discovered on James’ Twitter feed are indefensible and inconsistent with our studio’s values, and we have severed our business relationship with him.”

Gunn will no longer be involved with Guardians of the Galaxy Vol. 3, and subsequently not be appearing at his scheduled panels at Comic-Con, including a mooted involvement with Sony’s presentation of to footage from Venom and Spider-Man: Into the Spider-Verse.

The filmmaker, who made his name with close-to-the-bone superhero satire Super and horror-comedy Slither before getting his big break with the first Guardians of the Galaxy, previously came under fire from progressive quarters for off-colour blog posts including “The 50 Superheroes You Most Want To Have Sex With.”