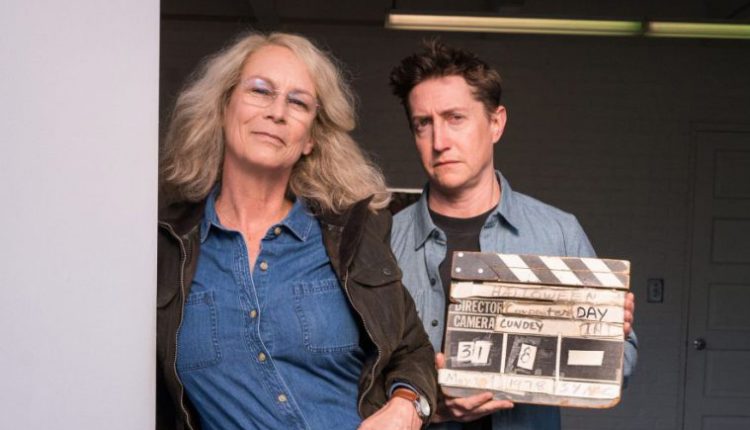 This past weekend the long overdue return of Michael Myers became a reality. The direct sequel to John Carpenters 1978 classic debuted with a $77.5 making Halloween the best domestic opening in the series. Jamie Lee Curtis returned as Laurie Strode the role that launched her career. This was the first time fans had seen Curtis in the series since Halloween: Resurrection back in 2002. Halloween was directed by David Gordon Green (Pineapple Express, The Sitter) and picks up 40 years after the 1978 original with Michael Myers returning to Haddonfield for another night of mayhem.  Success from the film has left fans wondering when a sequel will be happening and we know that originally there were plans to shoot two films back to back.

A sequel is inevitable and it is only a matter of time before the creators make an official announcement regarding the next time Michael Myers will terrorise the theatre. Jamie Lee Curtis’ involvement has been built as the final confrontation between her and Michael Myers but that may not be the case if Jamie Lee Curtis has her way. Curtis spoke to Empire Magazine while in Australia to promote Halloween and she expressed interest in a possible return if David Gordon Green returns to direct.  The Halloween series has been a narrative mess for many years and this new film creates the 4th timeline in the series.

David Gordon Green returning to direct is very likely since both he and partner Danny McBride have stated they have ideas for where to take the series next. Jamie Lee Curtis’ involvement as an on screen opponent for Myers can only go on for so much longer. Halloween erases the sibling connection between the two rivals so seeing them square off 40 years later was rather different because it’s the first time audiences have seen them face off without a backstory since the original film. The on screen characters of Laurie and Michael have aged even if the new film doesn’t present them in such a way. While fans still wait for the confirmation of ‘Halloween 3’ it is nice to know that Laurie Strode could be back for one more battle with the man that ruined her life.