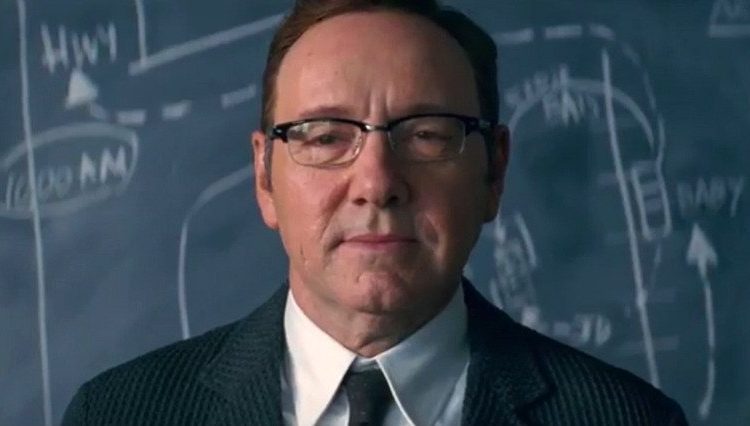 Kevin Spacey‘s latest film, released almost a year after allegations of sexual misconduct was made against the Oscar-winning actor, has made just $618 on its opening weekend. Billionaire Boys Club was released in just eleven cinemas, after hitting Video On Demand services like iTunes and Amazon Prime Video last month.

According to The Hollywood Reporter‘s calculations, that’s an average of $56 per cinema. Based on the average price of multiplex tickets in 2018, around half a dozen people turned up at each location screening the film, on average. The film’s opening weekend box office is a career low for Spacey.

Billionaire Boys Club is an ensemble crime drama featuring Spacey, his Baby Driver co-star Ansel Elgrot, as well as Taron Egerton, Emma Roberts, and Judd Nelson. Co-written and directed by James Cox, it is based on the real-life eponymous organisation of con artists, who largely targeted wealthy families in Southern California during the 1980s.

In October 2017, Spacey was accused of making a sexual advance towards fellow actor Anthony Rapp when the latter was 14 years old. This opened the floodgates of other historical accusations made by young male actors, many of whom Spacey allegedly harassed while they were underage.

As a result of the scandal, Netflix cut ties with Spacey and are retooling the latest season of House of Cards without him. Even more radically, Ridley Scott made the decision to replace the actor in completed based-on-facts drama All The Money In The World with Christopher Plummer.

Following the accusations, Billionaire Boys Club distributor Vertical Entertainment dismissed calls for them to do something similar, saying in a statement that while “we don’t condone sexual harassment on any level and we fully support victims of it…this is neither an easy nor insensitive decision to release this film in theatres, but we believe in giving the cast, as well as hundreds of crew members who worked hard on the film, the chance to see their final product reach audiences.”