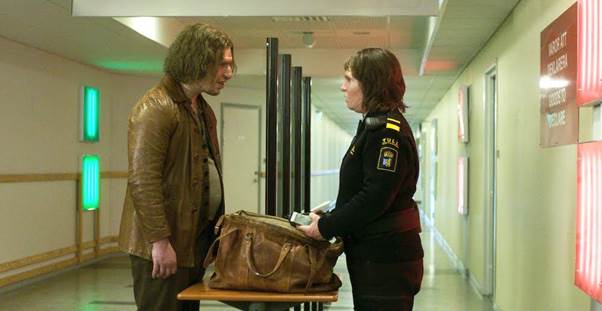 London-based production and distribution outfit Modern Films and global streaming service MUBI have joined forces on the UK and Irish rights for BORDER, this year’s Un Certain Regard winner at Cannes.

Taken from a short story by Let the Right One In author John Ajvide Lindqvist and directed by Iranian-Danish filmmaker Ali Abbasi, BORDER brilliantly mixes romance, noir, social realism and supernatural horror and is destined to become a cult classic.

Gabereau says: “We are thrilled to be part of this grown-up fairytale that touches on so many issues at the heart of the human condition and the travails of contemporary living. Teaming up with a distributor and film service as innovative as MUBI gives the film access to new audiences on a range of different platforms and gives us the chance to work together on building an impactful and fun campaign that conveys how surprising, refreshing and deeply emotional the film is.”

Allen says: “We are very excited about the film and its potential to crossover to a more mainstream audience. For us, curating is integral to what we do and being able to treat viewers to something so unexpectedly wonderful as BORDER shows us how far we can push our vision in the next few years.”

For Films Boutique, Simon says: “What a powerhouse we have created in terms of market knowledge, taste, curation, vision and access for this film. The awards and recognition that it has garnered already is overwhelming and we know that the Modern/MUBI combination, alongside its strong reputation around the world. will bring in audiences far and wide.”

They plan to release BORDER around Valentine’s Day 2019, as an alternative date movie and through Event Cinema-led previews.