It is of course true that you can seldom believe all the internet rumours churned out by the Hollywood gossip mill.  However – bearing in mind that the subject of the latest titbit doing the rounds, was the main focus of the original film – it may come as little surprise that Julie Andrews has apparently been offered a role in Mary Poppins Returns, the sequel to Disney’s 1964 smash hit. 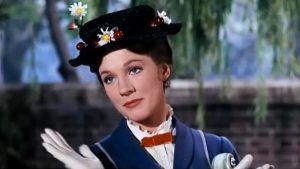 Details are sketchy, but if rumours are to be believed, it looks like the great Dame could make a brief appearance as the legendary Bird Lady, who sang to the Banks children on the steps of St Paul’s Cathedral in Mary Poppins.  If true, it would seem only fair considering that her sidekick Dick Van Dyke has already been signed up.  Now all we need is for Glynis Johns (Mrs Banks – still with us at 93) and Karen Dotrice and Matthew Garber (Jane and Michael Banks) to join the cast and we’ll have a full set. 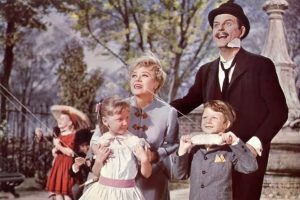 Having Ms Andrews sing a new rendition of the poignant ‘Feed The Birds’ ballad, would make a fitting tribute to a legendary talent and the one woman who, more than anyone else, will always be everyone’s favourite nanny.

Well, no doubt we didn’t fool anyone with this April Fools’ joke! As much as we are hoping for a Julie Andrews appearance in Mary Poppins Returns, we trust it’ll be in a more glamorous role than Bird Woman!