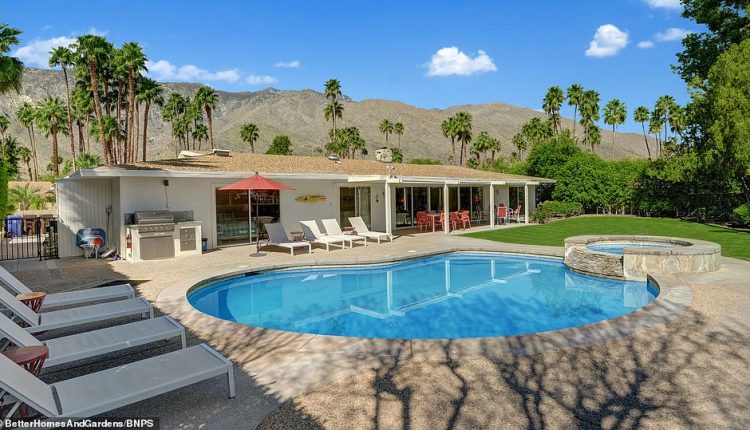 On screen Walt Disney created an imaginary world, peopled by magical characters who lived in equally magical homes, from stately French castles to quirky townhouses in a London which never existed in reality.

Now, as we can see from pictures just released, the man behind the make-believe lived in an equally fantastical house in real life.

The house – created for Disney in Palm Springs, California, in 1962 – where he lived during the last years of his life, remains much the same today as it was when he died in 1966.

Unfortunately, even if you did have the $1.095 million asking price, you’d be too late as the house is already under offer, with the buyer set to finalise the purchase later this month. That doesn’t stop other mere mortals however, from dreaming of what parties by the pool would have been like with Walt, Mickey and the rest of the Disney gang.