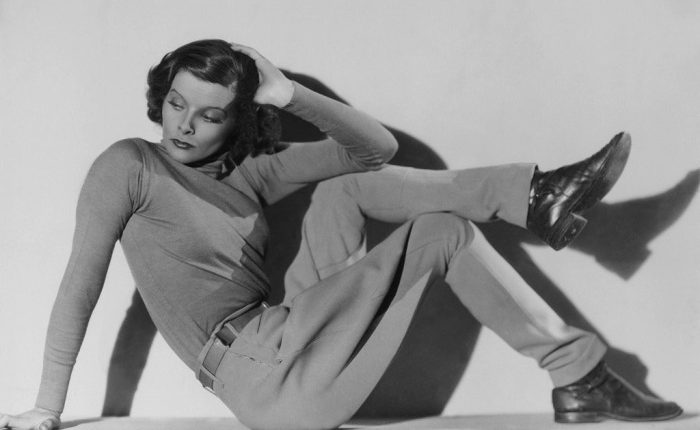 Remembering Katherine Hepburn, on what would have been her 113th birthday.

The four time Best Actress Oscar winner, was born in Hartford, Connecticut, on 12th May, 1907. Though adept at comedy – she starred as kooky eccentric Susan Vance, alongside Cary Grant in the cult classic Bringing Up Baby (1938) – she was equally at home in dramatic roles – she won her third Oscar as Eleanor of Aquitaine in the historical epic The Lion in Winter (1968).

Hepburn was known for a colourful private life. Married only once – to Philadelphia businessman and socialite Ludlow Ogden Smith – she had several affairs and long lasting relationships with, amongst others, the business entrepreneur and filmmaker Howard Hughes, and screen legend Spencer Tracy.