Torture is the flavour of the month on Horror Channel come June.  Their usual collection of first time screenings – with eight UK and network premieres, you’d wonder how they keep finding so much new material – includes a number of films which take torture and vengeance to new heights.  From classics like director Michael Reeves’ cult 1968 chiller Witchfinder General starring Vincent Price and Ian Ogilvy, to 2015’s I Spit on Your Grave 3: Vengeance is Mine – the third instalment in the retribution shocker franchise featuring Jennifer Landon as a girl pushed to the edge – the films playing out during the long hot weekends in June, look set to be truly squirm inducing stuff.

A full list of the films on show are listed here, with further details available at Horror Channel’s website: www.horrorchannel.co.uk 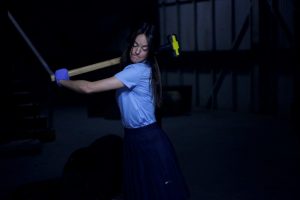