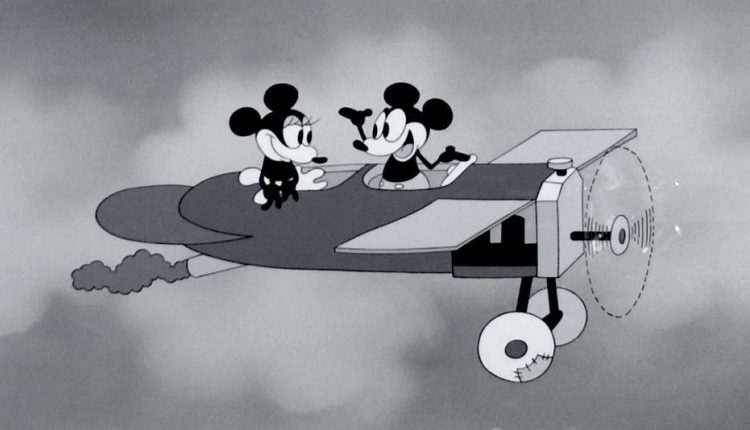 Steamboat Willie (1928) is often considered Disney’s original Mickey Mouse cartoon, because it officially premiered in New York on September 19th, 1928. However Plane Crazy (1928) was in fact the first Mickey short to be made and receive a screening – a silent version was shown in Los Angeles on May 15th, 1928.

The Mickey – and his girlfriend Minnie – of Plane Crazy may seem rough round the edges, when compared with the smoother character he would soon become and with which modern audiences are now familiar. Watching the short cartoon though it’s clear the essence of the mouse who built an empire was there, as well as the quirks which have since become Disney trademarks from a host of animals with human characteristics, to the string of potentially deadly escapades they find themselves in. Animation was never the same again.