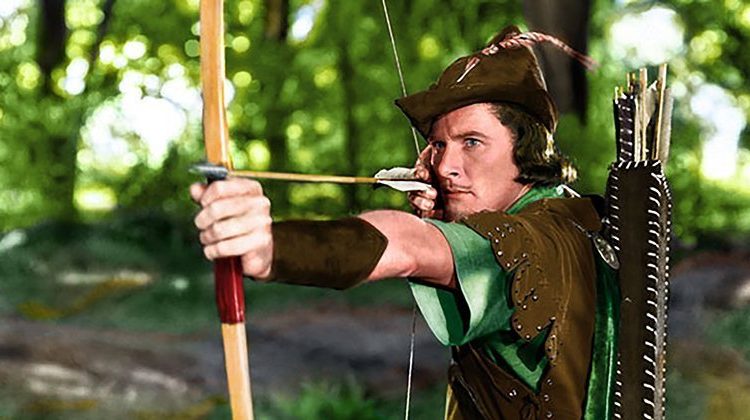 May 14th, 1938, saw the release of the classic Warner Bros. action film The Adventures of Robin Hood.

The Hollywood epic – which told the story of the legendary English folk hero Robin Hood, and his battles with the dastardly Prince John and Sir Guy of Gisbourne – was a swashbuckling fantasy of spectacular sword-fights and heart-rending romance, set against the splendour of medieval England as only 1930’s Hollywood could imagine it.

Starring Errol Flynn as the green crusader with Olivia de Haviland as his love-interest Maid Marion, and featuring Claude Rains as Prince John and Basil Rathbone as Sir Guy, the film provided the perfect escapism audiences were looking for in the early years of World war II. Even today, over eighty years later, it retains the ability to transport the viewer to a magical world of chivalry and derring-do, which is just what everyone needs in our current troubled times.