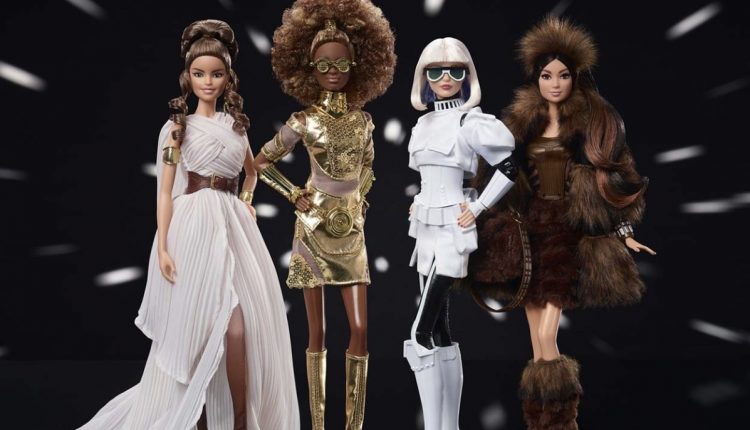 No, it’s not a wacky story being put out there on the inter-web because entertainment news-hounds are running short of stories due to the current lockdown. Mattel – the company behind the cultural phenomena which is Barbie – and Lucasfilm – the media empire, more or less built on the back of all things Star Wars – have joined forces again, to create a second line in intergalactic femme fatales.

The two companies, as reported today by The Hollywood Reporter, have created female versions of an Imperial Stormtrooper, C-3PO and Chewbacca to accompany their interpretation of Jedi Warrior, Rey.

Hoping to build on the success of their first range of Star Wars dolls released last year which included Darth Vader, R2-D2 and Princess Leia, news of the new dolls was released today – Star Wars Day.

Available later this month in the UK from Harrods and Amazon with prices starting at over £150.00, parents will probably have to remortgage their land-cruiser in order to buy their little princesses one of these space-age collectables.