Spider-Man: Into the Spider-Verse Lures Nicolas Cage Into Its Web

Nicolas Cage loves comics. He owns a priceless copy of Action Comics #1, named his son Kal after Superman’s birth name, and applied his trademark “Nouveau Shamanic” (me neither) acting style to two Ghost Rider films. It’s now been announced that Cage will be taking on another superhero role, with a voice part in the upcoming Spider-Man: Into the Spider-Verse.

Cage will reportedly be playing an alternate-universe Peter Parker nicknamed “Spider-Man Noir.” In the comics, the Noir line was a short-lived Marvel gimmick which imagined their flagship superheroes as filtered through the post-war Raymond Chandler aesthetic of private detectives, femme fatales and bootlegging criminals.

On the basis of its name and the film’s visually-striking first trailer (embedded below), Spider-Man: Into the Spider-Verse will be an alternate reality-hopping story that takes the young web-head Miles Morales (Dope‘s Shameik Moore) on a rite-of-passage that sees him meeting others who have taken on the Spider-Mantle, including Peter Parker (New Girl star Jake Johnson) and Gwen Stacy (Hailee Steinfeld). 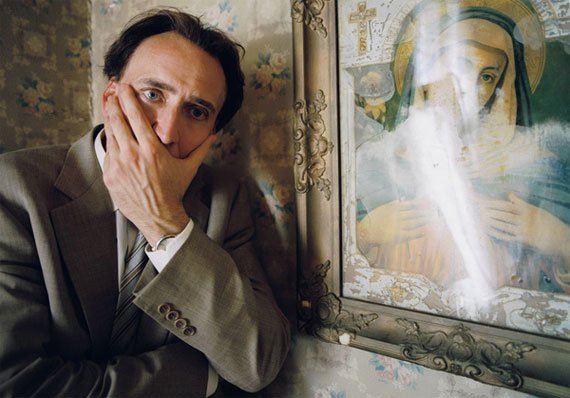 Cage’s noir-tinged Peter Parker will, presumably, be another of these mirror-universe Spideys that Miles’s wall-crawler will come into contact with. In the Spider-Man Noir comics, Peter is a socialist-leaning investigate reporter who is bitten by a spider while looking into the smuggling of ancient arachnid artefacts.

He dons a costume based on uncle’s World War I-era airman uniform and fights the political oppression and mob dealings of local big shot Norman Osborn, with the stories riffing on post-Great Depression topics such as organised crime and McCarthyism.

…Whether any of that will play into Spider-Man: Into the Spider-Verse remains to be seen, but it’s pretty cool regardless, no? When Cage dials it back, his Nevada-tinged rambling rasp is a perfect fit for a Philip Marlowe-style voiceover narration.

Spider-Man: Into the Spider-Verse will swing into cinemas on December 14 2018.