by Robb Sheppard
in News

Just as Solo: A Star Wars Story tries to smuggle a record US memorial Day Box Office opening, The Hollywood Reporter broke news of the Logan writer and director James Mangold taking out a contract on a Boba Fett, err…solo movie.

Plot details are likely to be more secure than the Death Star plans at the moment, but Mangold’s reverence for the demise of Hugh Jackman’s Wolverine brings a boost of confidence to the tale of everyone’s favourite bounty hunter (Dog the Bounty Hunter, a close second). 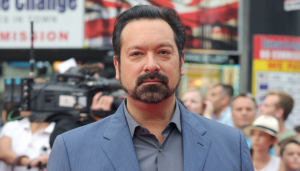 Fan fury over Boba Fett’s anti-climactic death at the hands/tentacles of the Sarlacc Pit in Star Wars: Return of the Jedi has seen the character resurrected by unlikely means to feature in his own comics, books and video games. The long-awaited standalone film will hopefully solidify a deserving mythology around the man who once dared to answer Vader back.

The Fett family had a brief resurgence in Star Wars: Attack of the Clones which proved to show all Clone Troopers, including Boba, as carbon copies of Big Daddy Jango Fett. However, this again lead to fury (take a breath, Star Wars fans) as Boba was retconned to have a New Zealand accent in the touched up Star Wars 2004 releases. Odds on Mangold’s Mandalorian not having a New Zealand accent?

Also joining Mangold is Simon Kinberg whose pre-established links to the Star Wars universe won’t hurt either. Kinsberg acted as a creative consultant on Rogue One: A Star Wars Story and Star Wars: The Force Awakens as well as writing and co-creating Disney XD’s Star Wars: Rebels.

What do you want to see in a Boba Fett? Let us know in the comments below.