Amongst the most talked-about pop culture homages in Steven Spielberg‘s Ready Player One was the extended sequence set inside a simulation of The Overlook Hotel, the setting of Spielberg mentor Stanley Kubrick‘s The Shining.

Now, the director has given some insight into the startlingly accurate recreation of the Overlook, as well as his personal motivation for adding the sequence, which was not present in Ernest Cline’s source novel.

The reason for this combination of practical sets and CGI was, according to production designer Adam Stockhausen, “It was determined by the needs of the visual-effects people. Whenever we have our characters walking around, Aech and Parzival and Art3mis, there’s no need for any real-life scenery.

“In fact, it would just get in the way because it would block the infrared cameras that were trying to record the performance of the actors.”

When working with real-life actors, these needs are reversed, such as “when we were filming the woman who was stepping out of the bath, we had the real bathtub and real shower curtain, and we matched the elevator doors just for those pieces.” 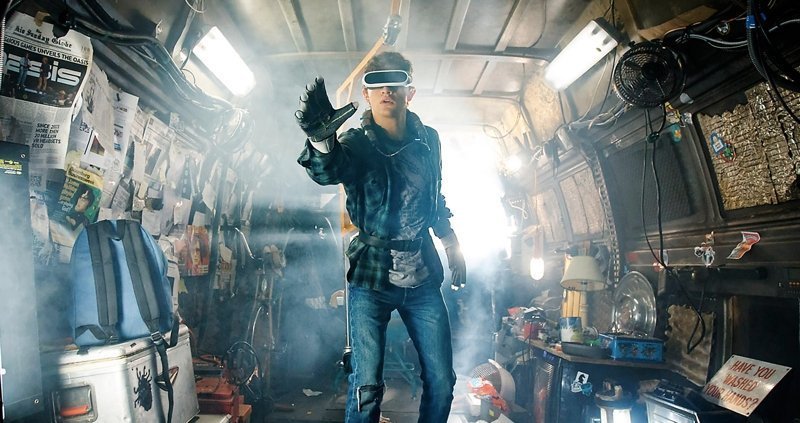 In the article Spielberg also spoke about his personal relationship with Kubrick, and how that informed the extended Shining homage in Ready Player One. The pair were friends for many years, with Spielberg eventually taking on production of Kubrick’s long-gestating A.I. following the filmmaker’s death, with his prior blessing.

“It was nostalgic for me because I first met Stanley Kubrick on the set that I depict in Ready Player One. The main living area with the grand fireplace in the Overlook is where I first encountered Stanley in 1979 when I went to look at the soundstages.

“They were about to build the sets for Raiders of the Lost Ark in Elstree Studios. When I found out Stanley had completed a set and was planning his shots, I asked if I could meet him. He was very warm, very complimentary. He had seen some of my movies and invited me to his house for dinner that night,” Spielberg continued. “We stayed friends for 19 years after that. Until his death.”