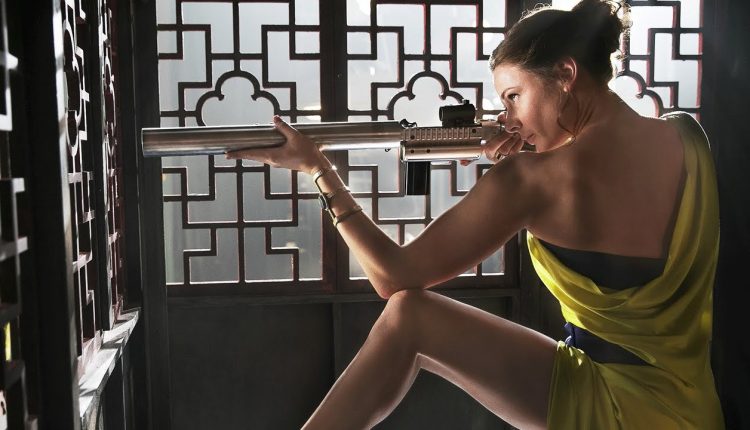 Ferguson is on a hot streak, having stolen the show in the past two Mission: Impossible films as MI6 agent Ilsa Faust and Jenny Lind in The Greatest Showman, and is set to appear in the forthcoming Men in Black reboot. She was also in The Snowman, but a lot of talented people were, and it’s not really their fault that turned out the way it did, is it?

There’s no official word on the role she’s playing but it’s probably a safe bet that she’ll be playing Jessica, mother of Paul Atreides, fated to save the people of desert planet Arrakis from interplanetary tyranny. You may remember Dune as a trilogy of good books by Herbert which became a sprawling mess of a franchise penned by his bad son, or from David Lynch’s 1984 film adaptation many people mistake as a so-called “bad film.”

Denis Villenueve’s version is the latest attempt to bring Dune to the screen, following Lynch’s successful production, Alejandro Jodorowsky’s famed failed version in the seventies, a TV miniseries, and a previous iteration to be helmed by Peter Berg.

Frank Herbert’s bad son Brian says the current draft of the screenplay for the first of the new Dune films covers about half of the original book, more-or-less confirming that this is going to be a two-part affair. Having cornered the market in such things between Arrival and Blade Runner 2049, Villenueve has described his vision for the new Dune as being a more mature sort of science fiction, or to quote him directly, “Star Wars for adults.”

That’s as may be, but it won’t include Sting in tiny blue pants, Patrick Stewart carrying a pug into battle or half the cast of Twin Peaks, will it? Seriously, it’s time to give David Lynch’s Dune another shot. The new one will probably be good as well, and Ferguson will no doubt be great as always, but I doubt they’ll even consider getting Toto to do the soundtrack.