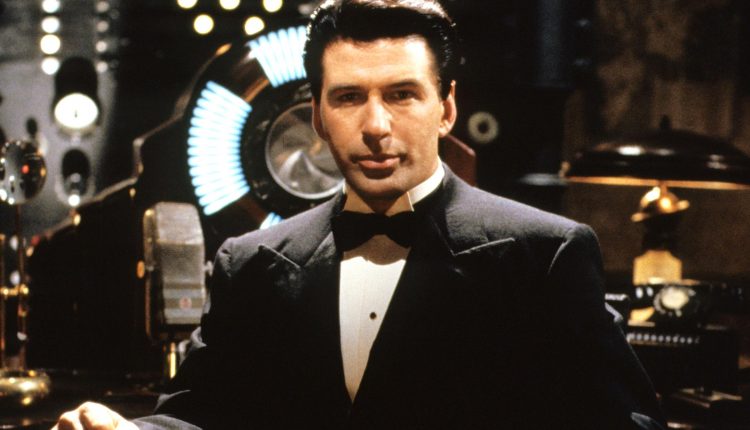 Sometimes film news moves pretty fast. If you don’t stop and look around social media once in a while, you could miss it. No sooner have we reported the latest bizarre behind-the-scenes addition to a Martin Scorsese-adjacent, Todd Phillips-directed and Joaquin Phoenix-starring Joker origin film that said addition has almost immediately tweeted out a correction.

To wit: it turns out that Alec Baldwin is not in Joker as Thomas Wayne, the father of billionaire playboy Bruce Wayne, who is fated to be gunned down in the aptly-named Crime Alley (nominative determinism in action; would such a tragic event have occurred if they had named it “Peace Alley”? Something to think about), leaving his orphaned son to grow up absolutely fine and well-adjusted, as far as anyone knows.

Baldwin also took the time to address a rumour we had not run with during our initial reports — just the facts here on Flickfeast, ma’am — which was that he would play the elder Wayne as a Donald Trump-style narcissistic buffoon. That portrayal would be in stark contrast to the romanticised, noble slain father Thomas Wayne usually appears during his brief-but-constant appearances in numerous Batman media.

But it would serve as a showcase for the Trump impression Baldwin has been trotting out on Saturday Night Live from the earliest stirrings of the presidential election to the present day. The Hunt for Red October star took to Twitter to write that he had “NOT been hired to play a role in Todd Phillips’ JOKER,” he was also categorically not enlisted “as some Donald Trump manque. That is not happening. Not. Happening.”

Let me state, for the record, that I have NOT been hired to play a role in Todd Phillips’ JOKER as some Donald Trump manque.
That is not happening.
Not.
Happening.

When it’s at home, a manque is something which has “failed to become what one might have been”, by the way. Thanks Google. Alec Baldwin elucidated further in an interview with USA Today, citing scheduling issues for his lack of involvement — which begs the question, was he cast and then dropped out, or was he never actually a part of the film, Trump manque or otherwise? — and that “I’m sure there are 25 guys who can play that part.”

Jared Leto is presumably hoping and praying before his used condom and dead rat-laden juggalo shrine that he’s one of said 25. For more on the Joker origin film we still can’t quite believe is a real thing, read our initial report on the film, which no former 30 Rock actors have thus far hopped online to contradict.