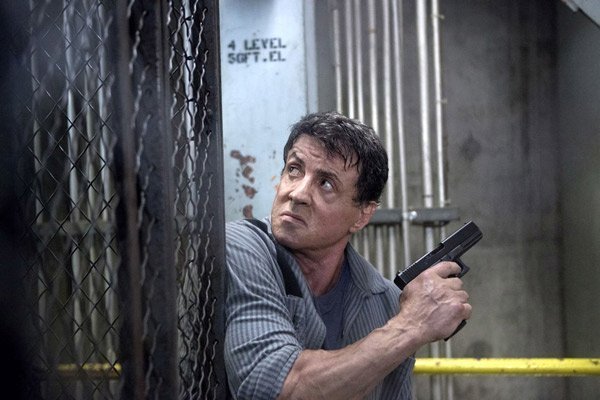 Despite VHS being dead as a dodo, the direct-to-video “genre” is going from strength to strength. Case in point: later this month will see the release of Escape Plan 2, a follow-up to the surprise hit prison break romp that paired Sylvester Stallone and Arnold Schwarzenegger.

As is the wont of such DTV-style sequels, only half of the original pairing returns for the sequel. This time around, Sly is instead paired with former WWE superstar and current Guardians of the Galaxy comedic genius Dave Bautista.

According to the first trailer, which you can watch below, this time around Ray Breslin (Stallone) must use his wits — and possibly also his very big muscles — to escape from “a computerised techno-terror battle-maze known as HADES, where human combatants brawl like beasts.”

It’s a wonderfully over-the-top concept for a sequel, with the cast rounded out by Bautista as Breslin’s “old friend Trent Derosa” and 50 Cent returning as Sly’s right-hand man and surveillance expert Hush.

This time the action is directed not by Mikael Håfström (The Rite), but multiple-time Bruce Willis collaborator Steven C. Miller (Extraction, First Kill).

A third Escape Plan film, Devil’s Station, is already in pre-production. Stallone and Bautista are both signed on to reprise their roles, with the plot focusing on the kidnapping of a Chinese tech executive’s daughter and her imprisonment in the eponymous lock-up.

And yes, in case you were wondering, the original Escape Plan did do especially well in China. Box office receipts from the country amounted to 50.8% of the film’s total gross. The preponderance of Chinese actors in the sequels speaks to Hollywood’s ongoing courtship of this sizeable overseas audience.

Escape Plan 2 will be released in cinemas and on digital download 20 July 2018.