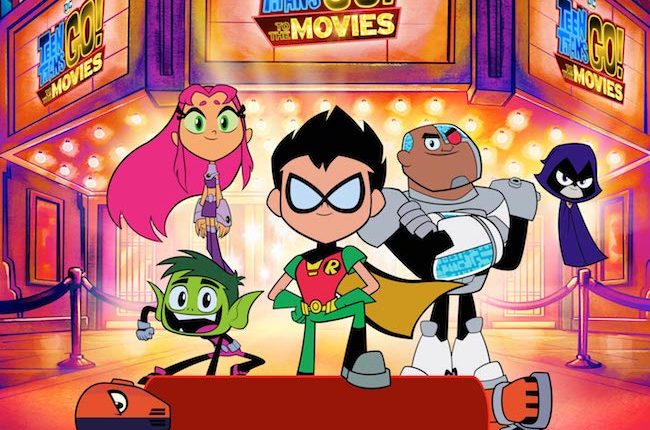 When the Teen Titans go to the big screen, they go big!

Teen Titans GO! to the Movies finds the wildly satirical Super Heroes in their first feature film: a breath of fresh air- gleefully clever, child-appropriately crass and tongue-in-cheek.  And musical numbers.  What could go wrong?

Check out the trailer below:

With a few madcap ideas and a song in their heart, the Teen Titans head to Tinsel Town, certain to pull off their dream.  Things go awry when the group is misdirected by a seriously Super Villain and his plan to take over the Earth.

Teen Titans GO! is being directed by Aaron Horvath and Peter Rida Michail, from a screenplay by Michael Jelenic and Horvath, based on characters from DC.