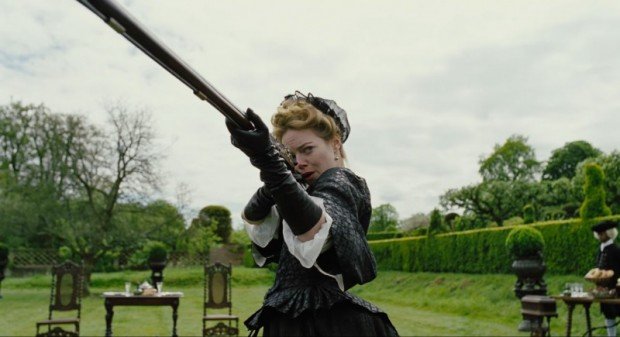 Trailer Park: Yorgos Lanthimos Goes Back In Time For The Favourite

Say what you will about Greek adulte terrible Yorgos Lanthimos, the man knows how to surprise you. From that thing we can’t talk about from Dogtooth to the bit at the end of The Lobster we absolutely can’t mention, shock is one of the most powerful items in his filmmaker’s toolkit. The surprise is front loaded in his upcoming seventh feature, as the maker of deadpan, absurdist contemporary allegories has made…a farce about Queen Anne (Olivia Colman).

A feint almost as surprising as indie darling Whit Stillman’s sudden turn to Austenland with 2016’s Love & Friendship, Lanthimos’s The Favourite looks to be a darkly slapstick look at the behind-the-scenes political manuevering of the queen’s courtesan Sarah Churchill (Rachel Weisz) when her position is threatened by the arrival of her cousin, Abigail Masham (Emma Stone).

Despite the change in time period and genre, The Favourite certainly still looks like a Lanthimos film through-and-through from its first trailer. There’s his use of washed-out natural light, the simmering threat of violence, some casual cruelty and that intentionally stilted speech pattern which is likely only heightened by the well-to-do accents and complexities of navigating 18th century politesse.

The film also stars Nicholas Hoult, Mark Gatiss and Joe Alwyn, who you may know as the “Billy Lynn” part of Billy Lynn’s Long Halftime Walk. It is written by Deborah Davis and Tony McNamara.