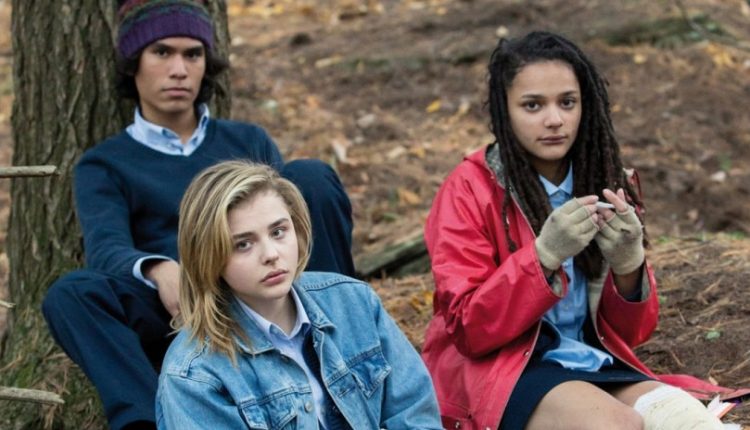 Following significant film festival hype and glowing reviews from critics, the first trailer for The Miseducation of Cameron Post has a lot to live up to. Appropriate Behaviour writer/director/star Desiree Akhavan‘s adaptation of Emily M. Danforth’s novel certainly looks promising from its first trailer, which you can now watch below.

Like the Natasha Lyonne cult classic But I’m a Cheerleader played straight (if you’ll pardon the pun), the film is set at a so-called “conversion therapy” camp, primarily Christian-lead institutions which aim to “cure” the homosexuality of its young charges.

Chloe Grace Moretz stars as the eponymous Post, a teenage girl who attends the camp — at least initially — voluntarily. There, she falls in with the more rebellious Jane (American Honey star Sasha Lane) and Adam (Forrest Goodluck, The Revenant), and struggles against the lessons taught by Dr Lydia Marsh (Jennifer Ehle) and Reverend Rick Marsh (10 Cloverfield Lane‘s John Gallagher Jr).

Like Akhavan’s first feature, The Miseducation of Cameron Post looks to be a potent blend of drama and comedy. Appropriate Behaviour was a well-judged, incisively observed look at the dissolution of a relationship and the shiftlessness of mid-twenties hipsters, so expect the follow-up to be equally hilarious and heartbreaking.

Akhavan adapted Danforth’s novel alongside Cecilia Frugiuele. The film won the Grand Jury Prize for US Drama at this year’s Sundance Film Festival, and was screened at the Tribeca Film Festival on April 22.

The Miseducation of Cameron Post is scheduled to be released in the United Kingdom on August 31 2018, arriving a few weeks earlier in the US on August 3 2018.