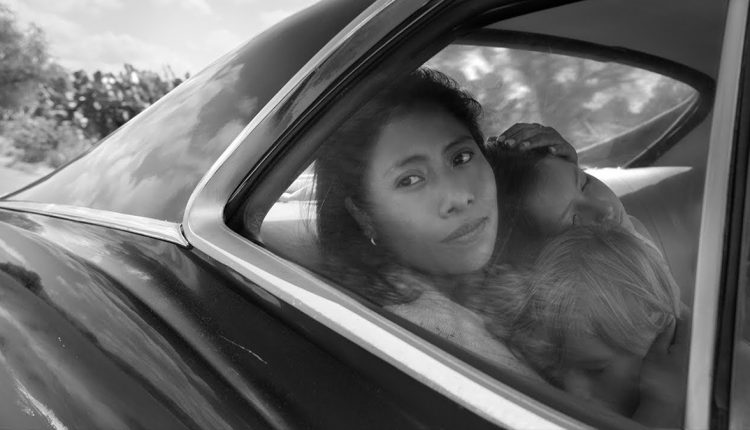 After offering up a speculative look at a dystopian near-future with Children of Men and sending Sandra Bullock out of the stratosphere for Gravity, director Alfonso Cuarón‘s next feature is going to bring things a little closer to home. The first trailer for Roma, a family drama inspired by the filmmaker’s own childhood in Mexico, was just released by Netflix.

The clip offers a proper look at the black-and-white drama, his first since 2013’s Gravity. The film follows follows Cleo (Yalitza Aparicio), a cleaner for a family in the middle-class neighbourhood of Roma in Mexico City.  Her seemingly prosaic day-to-day working life reflects the social hierarchies and gender dynamics of the tumultuous political period, apparently inspired by the women who raised the director.

While Roma returns Cuarón to his native country and tongue, it couldn’t be further from the style of his Spanish-language breakthrough film Y Tu Mamá También (2001); nor does it have the adrenaline-fuelled one-take action of Children of Men, or the elaborately and elegantly shot set pieces of Gravity. Instead, with its gorgeously-lit black-and-white photography and steadier pace, it resembles the likes of Pawe? Pawlikowski’s Ida (2013), itself a touchtone for Paul Schrader’s recent First Reformed.

His other films (well, maybe excepting that weird Great Expectations he made with Gwneth Paltrow and Ethan Hakwe) have all featured moments of meditative grace — think Bullock floating gently in the safety of the ship in Gravity, or the reveal of Clare-Hope Ashitey’s Kee and her pregnant stomach in Children of Men — but Roma appears to be the first time Cuarón will deliver them without the scaffolding of blockbuster action sequences.

Alfonso Cuarón not only directed the film. He also co-edited, co-photographed, wrote, co-produced it, which only heightens the sense that this may be his most personal work to date. Besides Aparicio, the cast includes Marina de Tavira, Marco Graf, Daniela Demesa, Carlos Peralta, Nancy García and Diego Di Cort, many of whom are making their acting debuts.

Roma will be available in UK cinemas and on Netflix in December.