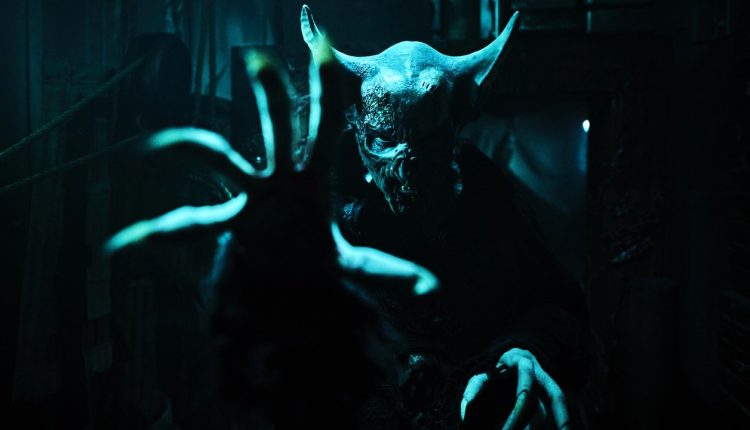 Before World War II was even over, Hitler’s dreaded Nazi army had became prime meat for horror movies. Combined with that other schlock staple – the zombie – the scene was set with such forgotten Hollywood classics as King of the Zombies (1941) and The Corpse Vanished (1943), continuing in the following decades with outings including The Frozen Dead (1966) Shock Waves (1977) and Zombie Lake (1981).

If you thought however that in recent days there’d been a glut of the Nazi dead – with modern masterpieces like the exquisite Frankenstein’s Army (2013) – to the extent that there couldn’t be anywhere else to take them, think again.

Director Justin Dix – with fellow Australian co-writer Jordan Prosser – have brought new life to the genre, by casting German zombie soldiers adrift in a warship, where an unfortunate group of shipwreck survivors take refuge. A move they may not live to regret.

Produced by the Australian Wicked of Oz film studios – of which Dix is director – which was responsible for recent horror hits 100 Bloody Acres (2012) and The Babadook (2014) amongst others, and featuring The Matrix (1999) star Robert Taylor and Nathan Phillips from Snakes on a Plane (2006), Blood Vessel is set to be anything but plain sailing for those involved, when the film launches on VOD and On-Demand platforms from July 21st, 2020.