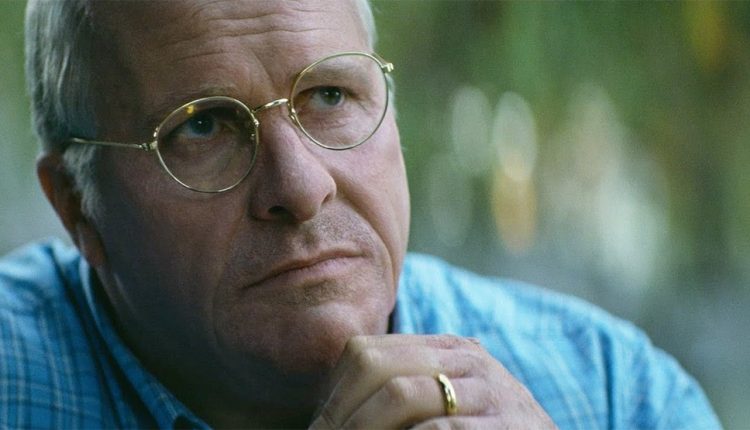 The famous (possibly apocryphal) story is that, after starving himself to 54kg for psychological horror The Machinist, Christian Bale immediately packed on over 100kg of muscle so he could tackle the role of the Dark Knight in Batman Begins. This is because Christian Bale is a crazy person. Hopefully he had a better time perfecting the roley poley Dick Cheney physique he’s rocking in the first trailer for Vice.

The latest from Adam McKay, who directed Anchorman and Step Brothers before he read a book and decided he was an Oscar-winning filmmaker with The Big Short, features a near-unrecognisable Bale beneath the hearty gut, receding hairline and Nebrakas burr.

Heading his Vice cabinet is Sam Rockwell as George W Bush, who just won an Academy Award for playing a strangely likeable monster in Three Billboards Outside Ebbing, Missouri, and you can write the rest of that joke for yourself. Amy Adams appears briefly here as Lynne Ann Cheney, and Steve Carell as Donald Rumsfeld.

The on-screen text baldly claims that Vice will tell us “THE UNTOLD TRUE STORY THAT CHANGED THE COURSE OF HISTORY,” which will be a surprise to anyone who, erm, lived through this not-too-distant period. Getting into the full nitty-gritty of Cheney’s switch from oil executive to — as this teaser asserts — basically doing all the important roles of the US presidency is, however, certainly long-overdue.

This first look at Vice focuses mostly on Bale’s latest physical transformation (as most Tom Hardy trailers focus on his latest fun accent, Samuel L Jackson appearances on his most recent hairpiece, etc), but the cast also includes Tyler Perry as Colin Powell, LisaGay Hamilton as Condoleezza Rice, and Centrist Dad Eddie Marsan as Paul Wolfowitz, which is the sort of cast an Academy Award gets you.

Vice will be released on December 25 2018, but that doesn’t necessarily make it a Christmas movie.