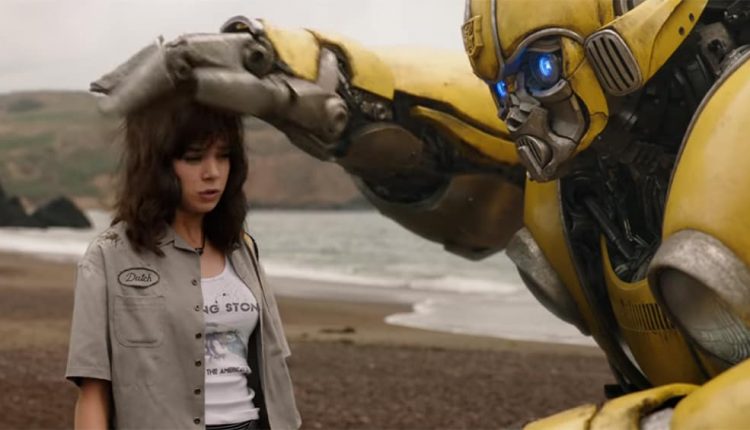 There’s a lot about life in 2018 that is frankly unbelievable, yet the fact that there have been five live-action Transformers films directed by Michael Bay — setting aside considering the content of those films — is truly ridiculous. Not only that, we’ve now got a spin-off from that franchise coming in the form of Bumblebee. Maybe sixth time’s the charm? That’s how that saying goes, right?

Well hold your horses, Mr/Ms/Mx Sceptical! Because the first trailer for Bumblebee doesn’t look half bad. It certainly helps that instead of Bayhem we’ve got Kubo and the Two Strings director Travis Knight — in his live action debut — behind the camera, and Hailee Steinfeld taking the Shia LaBeouf/Marky Mark role as the robot’s human buddy.

Shifting the action to San Francisco and ambiguously placed in the continuity of Bay’s Transformers films, this looks to be more of a classic coming-of-age tale (with added Robots in Disguise) as opposed to the cynical, dizzyingly manic blockbuster action of its predecessors.

Steinfeld stars as Charlie, who picks up Bumblebee in his classic VW Beetle form at a junkyward on her eighteenth birthday. The True Grit star and boy pal Memo (Jorge Lendeborg Jr of Spider-Man: Homecoming) have to protect their new robotic chum from John Cena‘s square-jawed Sector 7 agent Burns, as well as new Decepticons Shatter (voiced by the incomparable Angela Bassett) and Dropkick (voiced by Justin Theroux, who’s also pretty good).

I’m getting some strong Iron Giant vibes off of this, which can only be a good thing, especially compared to…well, you know. There’s also an ET nod in there, which might be gilding the lily a little.

Bumblebee will transform and roll out to cinemas on December 21 2018.