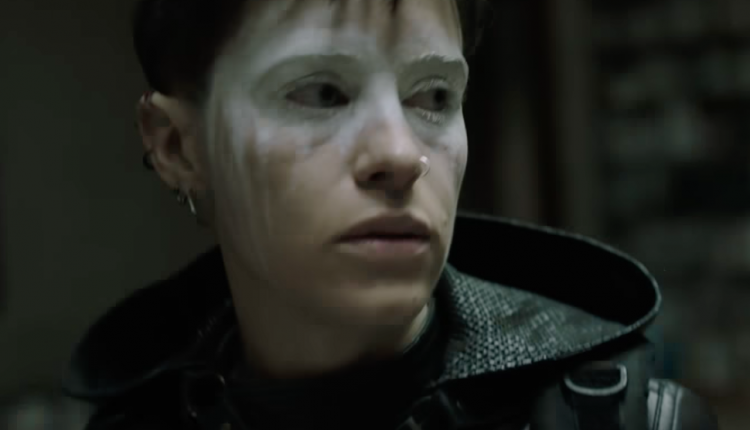 Taking over a role previously played by both Noomi Rapace and Rooney Mara is an uphill battle which wouldn’t appeal to most actors. But then, Claire Foy isn’t most actors. The Crown and Unsane star’s turn as Lisbeth Salander has a lot to live up for, and if the first trailer for The Girl In The Spider’s Web is anything to go by, she at least looks the part.

The Girl In The Spider’s Web is the latest attempt to bring Salander to the big screen, following the Swedish adaptations of Stieg Laarson’s original trilogy of books, and David Fincher’s superior English-language version with Mara and Daniel Craig. This time around, the source material is David Lagercrantz first of the “official continuations” of the Millennium books, and Don’t Breathe‘s Fede Alvarez in the director’s chair.

The behind-the-scenes drama of the Millennium series near enough matches the tumult of the books themselves. Left incomplete at the time of author and investigative journalist Stieg Laarson’s death, the first three novels — released in English as The Girl With The Dragon Tattoo, The Girl Who Played with Fire and The Girl Who Kicked the Hornets’ Nest — were published to great fanfare.

After the workmanlike Swedish films, buoyed by strong lead performances by Rapace and the late Michael Nyqvist, Fincher directed what some might say (ahem) was one of the strongest films in his career with his take on The Girl With The Dragon Tattoo. Nevertheless, a sequel was not forthcoming, forcing a change of plan.

Since Laarson’s untimely death, the rights to his unfinished manuscripts and the Millennium series overall has been bitterly contested, with his long-time partner Eva Gabrielsson and Laarson’s family arguing over who has claim of his work. David Lagercrantz stepped in for the meantime, penning the fourth and fifth entries, which apparently are quite good even if the circumstances of their creation are slightly distasteful.

That bitter taste is carried over to the film adaptation of The Girl In The Spider’s Web. Hey, maybe it’ll be good! There are certainly flashes of the political commentary and skew-whiff take on the detective genre offered by the earlier instalments, and Foy is a compelling lead actor.

The film also stars Borg vs McEnroe‘s Sverrir Gudnason as a notably younger take on disgraced journalist (and Laarson Mary Sue) Mikael Blomkvist, LaKeith Stanfield as an NSA agent tracking Lisbeth and, er, Stephen Merchant of The Office, Extras and Logan fame. Not helping the case, that.

The Girl In The Spider’s Web will be released in Sweden on October 26 and mostly every else on November 9  2018.

Disney Reportedly Cooling it on All the Star Wars